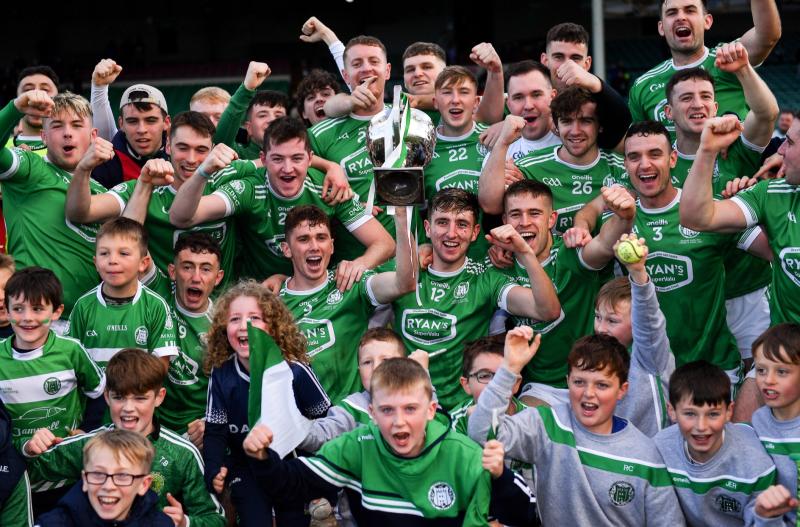 QUICK as a flash the Limerick GAA club season came to a close last weekend after a schedule of 988 league and championship matches.

Credit where credit it due, Limerick County Board under secretary Mike O’Riordan run a tight ship when it comes to fixtures and the clubs and players ultimately benefit.

There were 30 competitions this 2021 season in Limerick from U19 to senior and many more from U17 down with Bord na nOg.

So at adult level, there were 30 cups presented - 16 in hurling and 14 in football. There were 10 adult championships, seven county league titles and also U19 and U21 championships.

There were cups won by 22 different clubs.

While all championships were playing on an All-County basis, there was a divisional element to the County leagues. A look at the locations of the varying winners shows that nine came from the west division, five from the east and four each for the south and city.

Ten of the 14 football titles went to west Limerick with an even spread of hurling silverware although just two of the 16 hurling titles reside in the city division.

All in all, a successful fixture schedule from Limerick GAA.

And, it’s what the future holds – a quick-fire schedule of games for the clubs in the new spilt season.

Of course Covid-19 could yet have something to say about the look of the 2022 GAA season but there is no going back on the spilt-season for the foreseeable few years.

Who won what? Limerick GAA completes club season of 988 matches across 30 competitions

The last few weeks and months have seen great exposure for club hurling and football games and in the majority of cases, the games have more than done their part with excitement and skill in abundance.

We are very much in awards season at present and it got me thinking….

The spilt season will surely require change to the GAA awards.

For starters, surely the inter-county All-Stars will be given out in early August or thereabouts. Waiting until around Christmas doesn’t make sense to me.

What is needed is a proper club All-Stars. Yes, I am aware that I am personally not a fan of individual awards but they do carry great potential in terms of the marketing of any particular sport.

So the inter-county All-Stars in August and then a club All-Stars team in early January.

There is so much potential within the club game and recent months have shown how they can capture the imagination – it will never reach the heights of the inter-county game but just look at Limerick and there are 66 clubs across every corner of the county.

Proper and imaginative promotion can only help to boost attendances, which were already up this season, and give a give a right spotlight to clubs players.