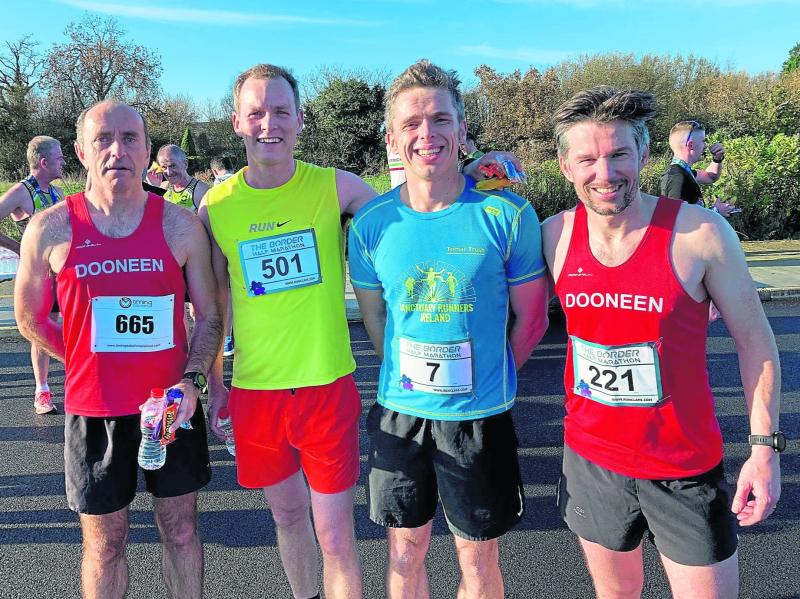 HOSTED by Duhallow AC in North Cork this out and back course through the streets of Newmarket is one of the nation’s fastest 5K’s but nonetheless presents it’s challenges.

It attracted a high quality field who were met by perfect race conditions. An Brú’s Niall Shanahan just missed out on a podium position coming fourth and 1st M40 in a new pb of 14:22.

The race was won by Eimhín O’Broin (Togher) in a new course record of 14:06. Olympian Michelle Finn (Leevale) was first woman in 15:58. The first 11 athletes all broke 15 minutes.

Training
Is on Christmas break at all clubs.

1981
A civic reception was held in City Hall for Neil Cusack in honour of his victory in the Dublin City Marathon.
Nuala Logan who was 4th placed woman was also honoured .

2006
History was made as husband and wife Éamon and Lisa Horgan were respective winners of Limerick Intermediate cross country championships in the Newcastle West Demesne.