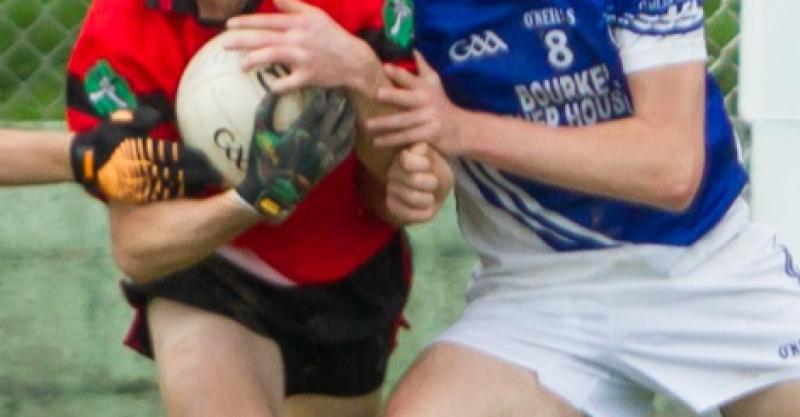 Friday's U21 A final is a meeting of the two sides who will be the only dual senior clubs in Limerick in 2022.

It's 2014 since these neighbours met with football silverware on offer - that was a Minor A final, which Adare won.

Adare have spent the last five seasons in the U21 Premier championship - winning ultimate honours in 2015 and '17. Before that the side in red and black won U21 B honours back in 2014.

Many in this U21 group from Adare were involved when the club lost to Croom in the 2018 county Minor A football final.

They beat Drom-Broadford, Oola and Shannon Gaels to reach this final.

Kildimo-Pallaskenry lost this U21 A final to Galbally in 2018. The same year the club in blue and white won the county Minor A title and many remain involved in this panel.

Enroute to this final, they drew with Oola and recorded wins over Drom-Broadford and Ballylanders.

One new officer elected to Limerick GAA County Board for 2022

On Sunday, is the Limerick U21 B Football Championship Final between St Patricks and Ahane in Cappamore at 2pm

The sides met in the group stages on November 21 when the city side were 2-9 to 1-5 winners.

To reach this final, the Rhebogue side defeated Ahane, Belvile Gaels, Banogue and Galtee Gaels. St Patricks won a county U21 A in 2014 and attempting to follow that success is Sunday's panel, some of whom were involved when the club in green and white won county Minor B honours in 2018.