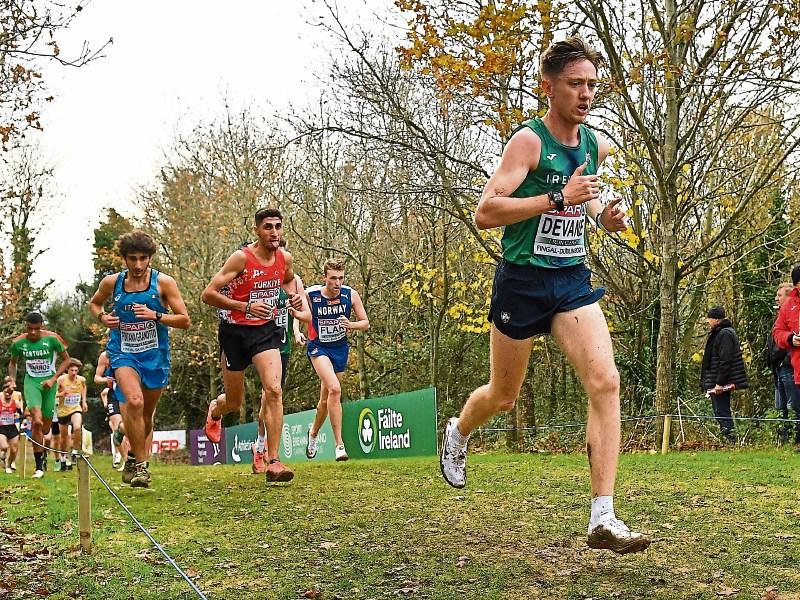 Ireland claimed the team gold medal in the Men’s Under-23 event with Darragh McElhinney winning the individual silver medal.

Donal Devane from Ennis Track AC was a member of this victorious under 23 team and coached by Limerick athletics stalwart Joe Chawke.

His clubmate Dean Casey was the second scoring member of the Irish U20 team who took silver on the day.

Sarah Healy finished fifth in the Women’s Under-23 race with gold going to Italy’s Nadia Battocletti.

Ireland’s mixed relay team of Ciara Mageean, Luke McCann, Síofra Cléirigh Büttner and Andrew Coscoran narrowly missed out on a bronze medal. They were in pole position after two laps but fell out of the medal positions in the last leg to finish fourth.

Brian Fay finished tenth in the senior men’s final, 30 seconds behind pre-race favourite Jakob Ingebrigtsen of Norway, who ran a superb time of 30:15 for the testing 10km course.

Hiko Tonosa finished 13th with Cormac Dalton in 28th, while Emmet Jennings and Paul O’Donnell were 44th and 56th respectively.

Karoline Grovdal completed a double success for Norway with victory in the senior women’s final, where Fionnuala McCormack finished a superb 9th (just a week after running a 2:23 marathon), Eilish Flanagan came 15th.

Well done to all athletes and officials making this a brilliant event and will no doubt inspire all Irish athletes.

Niall O’Callaghan finished 6th in the Mile race at the Elite NI Alive Indoor Meet at the National Indoor Arena on Wednesday night. He ran 4.38 and was first Masters athlete home.

Garry Carroll (West Limerick AC) won the Glenageenty Trail 10K last Saturday Sam Hand (Kilmallock AC) finished in 5th place in the Glanageenty Trail marathon, a route which boasted of having a 1300 metres of climbing along its 42 km route.