Opinion: Munster Rugby's win against Wasps should not have come as a surprise 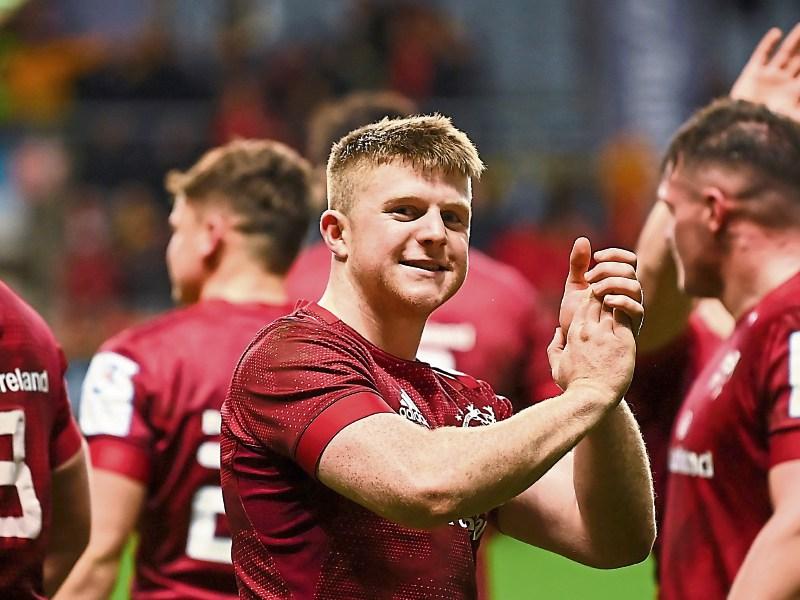 It is not often the bookies get it wrong. But last weekend they were.

Heading into Saturday's Champions Cup opener with Wasps, Munster were missing over 30 players.

The narrative was that they were going to be calling on ‘rookies' - players who would be making their debuts for Munster.

That much is correct. What was really missing was the narrative about how good these players are. How these players are actually professional athletes, who train, every single day, to play rugby.

I don't expect people to know who they are, or who they played for in school, but there is also a need for some perspective.

Patrick Campbell has played in and won, an All-Ireland minor football final. Was he going to be ‘phased’ by a half empty Coventry Building Society Arena against a Wasps team missing over 15 players? - No.

Eoin O'Connor and Daniel Okeke have played several weeks in a row this season with their respective clubs in the AIL. Were they going to be bothered by playing another game of rugby? - No.

Anyone who has watched an AIL game this season knows how good John Hodnett, Scott Buckley and James French are.

Just because people didn't recognise their names, did not mean they were poor players.

Indeed that is the point of my piece this week. These players and 100s before them, have been available for Munster to select for years.

Coaches and management have told us that these players need to mature. That they need more and more time at URC (Pro14) level to excel.

Those who have watched them grow from schools to clubs to provincial level know different.

As the Limerick hurlers have shown in recent times, if you play well for your club, regardless of level, be it junior, intermediate or senior, you will be picked and given a chance.

The question remains. Why did it take a Covid-19 pandemic and enforced international quarantine laws for Munster to back their own?

Why the lack of faith in youth? The AIL has its place. In years to come as URC game day numbers decrease, the need for large squads will diminish. What then?

Will the provinces look to abroad to recruit once more? Why go shopping for the best of a product in a global supermarket when you have the ability to grow award winning produce at home in the garden?

Limerick is a city which has produced two Lions captains in the space of 12 years - all of this being done with Rugby Union as the third sport in the county. . .

If that level of underlying talent is there, then the finger must be pointed as those who harvest the crop.

The players who played last weekend are from Waterford, Limerick, Cork and Tipperary schools and clubs.

They are, this week, inspiring stories for others to follow. Sadly, as things stand, next weekend they will be in the stand as brand Munster returns to the field.