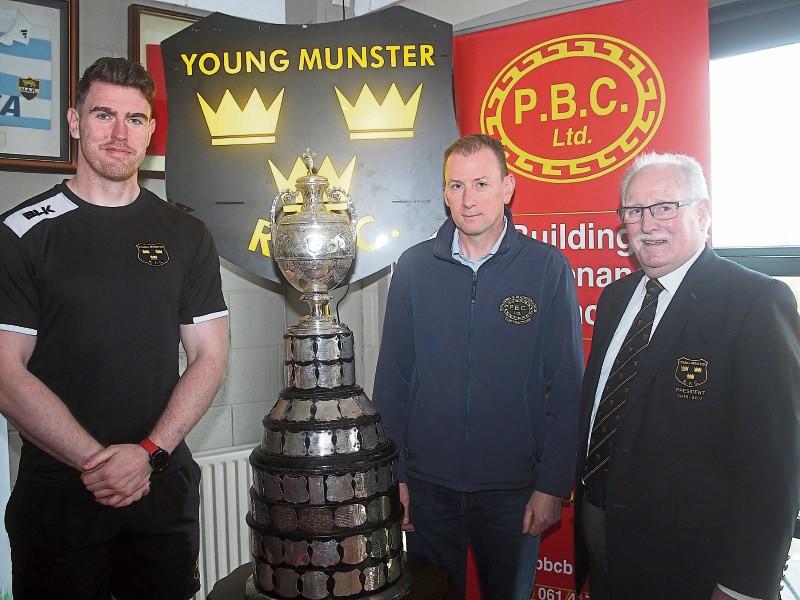 YOUNG MUNSTER are heading to Highfield this Saturday for the semi final of the Munster Senior cup in the knowledge that a win on the road could set up an all-Limerick final of the famous competition for the second year in a row.

The Gearoid Prendergast coached side are one win away from the showpiece where they would face Garryowen FC.

The ‘Cookies’ are currently third in Division 1A of the All-Ireland league as they head down the M20 to take on Highfield.

The Cork side are flying high in Division 1B with an 8-1 record from their opening nine games.

The game comes for the pair on the first week of the All-Ireland League winter break with Young Munsters, the current holders of the competition, looking to win back to back titles for the first time ever in their history.

Highfield, winners in 1966 and 1968 will be more than a match for the side from Limerick.

The Cork natives were just one win away from promotion when Covid-19 hit and many believe they will come up this season to the domestic league's top table.

The winners of Saturday's game will play the aforementioned Garryowen who secured their spot in the final back in October with a 33-21 win over Cashel at Dooradoyle.

The All-Ireland league itself will return on the weekend of January 15 with Young Munster hosting UCD, Garryowen travelling to Clontarf, Shannon going to Highfield, Old Crescent meeting UL Bohs in UL and Bruff making the trip to Cork to face Sunday's Well.