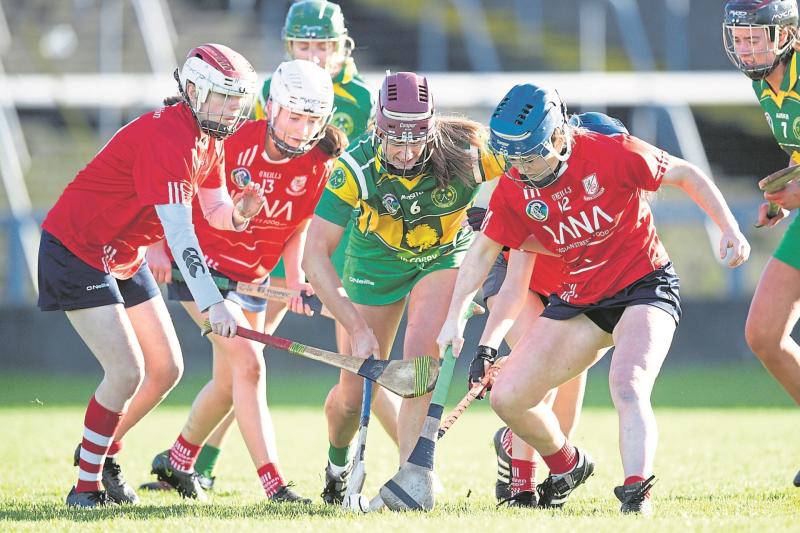 In Rathkeale GAA grounds in front of a big crowd, this replay finished Cappamore 0-7 Monaleen 0-5.

The final was tied at 0-5 each on 55-minutes when the east Limerick side found the late winning scores to claim the title and earn promotion back into the senior ranks.

Cappamore had lost this final to Bruff last year but just edged past Monaleen to make amends for that loss.

The side in green and gold were backed by the elements in the opening half and built a 0-5 to 0-3 lead by half time.

In a low scoring but exciting affair, it was 0-2 to 0-1 at the first water break.

Monaleen free-taker Aine Doyle opened the scoring but then two scores from her Cappamore counterpart Anna Ryan had the east Limerick side ahead at the end of the first quarter.

Caoimhe Lyons levelled on the restart but then Cappamore powered towards half time with a run of scores.

Laura Fennelly had a fine point from play, either side of Anna Ryan frees and Cappamore were now three points clear.

Just before the half time whistle Ella Hession had one of the scores of the game for Monaleen to leave it 0-5 to 0-3 at the break.

The third quarter returned no scores. Monaleen now had the aid of the tricky breeze but found Player of the Match Muireann Creamer and her defensive colleagues in fine form for Cappamore.

In the final quarter, Aine Doyle had two pointed frees for Monaleen and all of a sudden this final was level for the third time and five minutes to play.

Cappamore replied in style and their first score of the second half came in the 26th minute from Fennelly. The shot could very well have ended up net but for a great save from Monaleen goalkeeper Laura Southern, who is still eligible for the U16 grade.

Monaleen needed a response but it was a captain Maire Berkery free in the final minutes that sealed the win for her side.