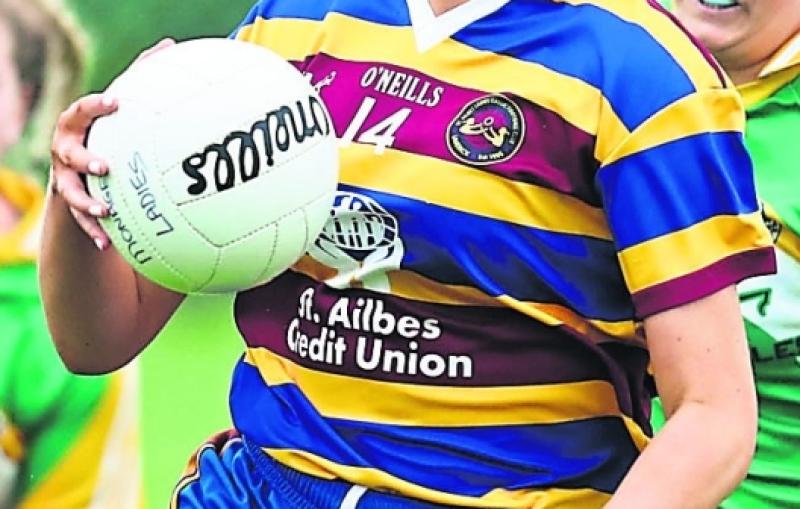 The east Limerick side were 1-6 to 0-4 winners over Dromcollogher-Broadford in Croom.

The winners kicked 13 wides but still had five points to spare at the final whistle.

This was a low scoring affair but returned end-to-end football between two teams who are the second string outfits in their respective clubs.

Drom-Broadford were hoping to add this JBFC title to the intermediate crown won two weeks ago.

But they were second best in this decider.

Player of the Match Kate Kennedy opened the scoring for St Ailbes and they were to bring a 0-2 to 0-1 lead into the first half water break.

An Aisling O'Connor free had the final level in the sixth minute but it was then a Pauline McCarthy point that edged St Ailbes ahead at the mid-point of the opening half.

In the second quarter, St Ailbes laid a solid foundation for victory.

The all-important goal came in the 18th minute from Pauline McCarthy and when the same player pointed from a free, St Ailbes were 1-3 to 0-1 ahead and just over 20-minutes played.

Rachel Power hit back for Drom-Broadford with what was their first score in over 25-minutes.

Kate Kennedy finished the half like she started it with a fine point and her side were 1-4 to 0-2 clear at half time.

Katie Dore reduced the deficit at the start of the second half but Drom-Broadford were then reduced to 14 players for a 10-minute spell due to a yellow card sinbin offence.

The west Limerick side needed a goal and Trish Leahy went close but her shot crashed across the goal and wide for one of the five wides they recorded.

Leahy did kick a point in the final minutes but there was no denying St Ailbes the title.