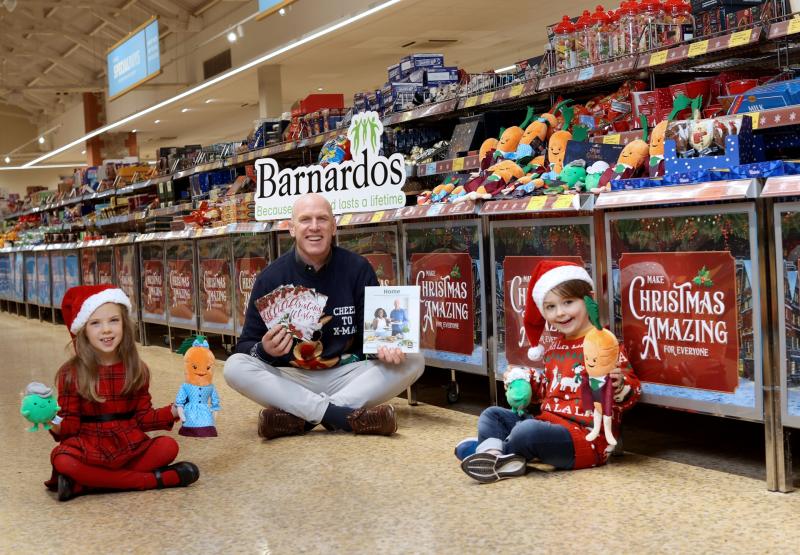 Pictured at the launch of Aldi’s Christmas charity initiatives in aid of Barnardos is Paul O’Connell with Maria Rowley and LJ Hughes. PIC: INPHO/Dan Sheridan

The former Munster, Ireland and Lions rugby captain is an Aldi ambassador and Barnardos advocate.

Fresh from Ireland's trio of Autumn Nations Series victories in the Aviva Stadium, the international team coach was joined by Maria Rowley (age 7 from Skerries) and LJ Hughes (age 5 from Clontarf) at Aldi’s Terenure store to officially launch the Christmas charity initiative.

Aldi will be implementing several initiatives in stores nationwide to help raise funds for its charity partner, Barnardos, further continuing its bid to raise €1 million for the charity by 2022.

Giving back to those who need it most couldn’t be easier with initiatives including the sale of charity plush toys, charity Christmas cards and a nationwide ‘Text to Donate’ campaign.