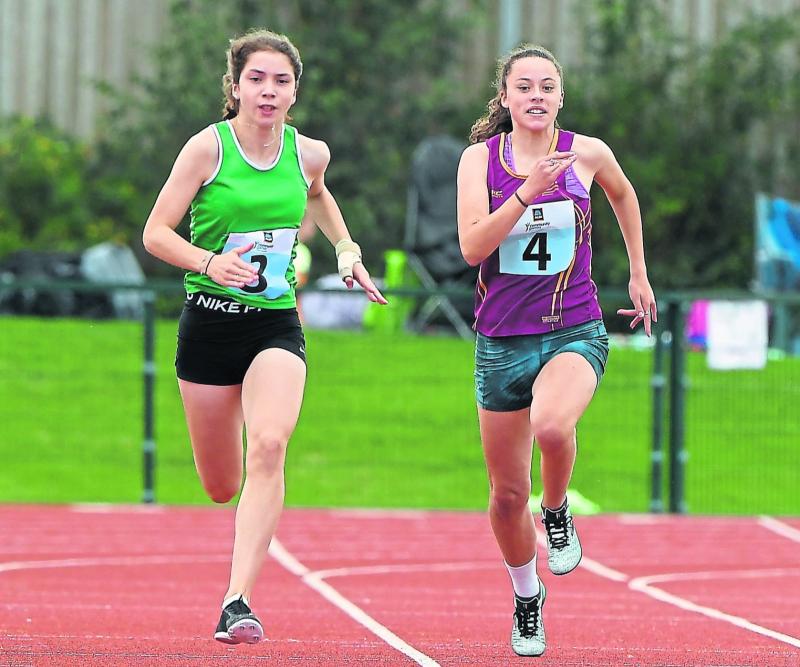 Eanna Ni Haighin, 3, from Crecora-Patrickswell, on her way to winning the Girls U-14 100m during the Aldi Community Games Track and Field finals in Carlow this autumn

Dooneen’s Ellen Goggin took Bronze in the Girls U12 race behind twins Holly and Freya Renton of Westport AC. A first national medal is reward for an athlete who has consistently featured on the podium at County and Provincial level in 2021.

There was a first National Senior XC title for UL Alumni and recent Olympian Michelle Finn (27:22) in the 8K Senior Women’s race.

Michelle Finn led from the start of the race and finished 12 seconds clear of UCD’s Sarah Healy.

The Tom Walsh Memorial 10K Run and 5 Mile Walk takes place on Sunday 16th January at 12:30 pm. There will be numerous cash prizes.

Tom Walsh was a four- time Limerick Senior Cross Country Champion. He won the first County Championship In 1940 with St Nicholas AC and again in 1942 and 1943 with his native Caherline.

Running for O’Callaghan’s Mill he was AAUE National Senior Cross Country Champion in 1945.

In 1952 he again won the Limerick Senior Cross Country Title this time in the colours of newly formed Croom AC. He died in the year 2000 at the age of 82.