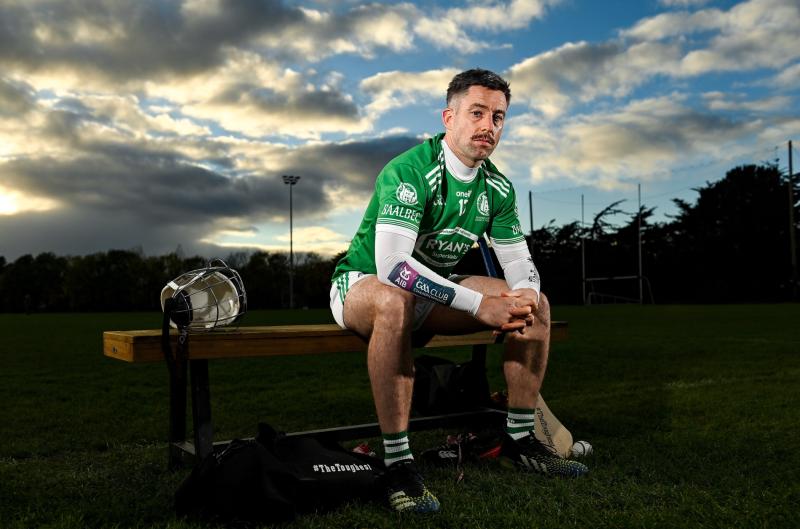 Graeme Mulcahy at the launch of the AIB’s GAA Club Championships. PIC: Sportsfile

GRAEME Mulcahy has the temperament and wrists of a hurling assassin, as he demonstrated yet again with seven points from play in the Limerick county final against Patrickswell last month.

It helped Kilmallock to their first SHC title in seven years and a fourth county medal for himself.

“He’s my closest friend and best clubmate over the last 10 to 15 years. He had taken a break over the last year and spent six to eight weeks in hospital over the summer. It was a tough period for him and especially for his partner and the family. Luckily, he’s come out the other side of it and is almost back to full health. In the immediate aftermath all I could think of was him, wishing he was there on the field sharing in that success,” he reflected.

“Jake was Man of the Match in the 2014 Munster club final and has been one of our star players over the past 10 years. We were also without Paddy O’Loughlin. They were two key players for us to be missing, so to still get over the line in this county championship was a huge thing for us.”

With this year’s AIB’s GAA Club Championships and AIB Camogie Club Championships celebrating #TheToughest players of them all – those who are not defined by what they have won, but rather refuse to give up, don’t give in and don’t stop trying – Mulcahy knows exactly how important it is to have those people around you.

“There was a photo taken afterwards of about seven or eight first-cousins on the team. That’s what the club is all about; family and close friends."

Mulcahy’s three All-Ireland medals with Limerick and 2018 All Star have come relatively late in his stellar career, in stark contrast to his trajectory with the club.

He was only 20 in 2010 when Kilmallock knocked Adare off their long-held perch to win the county title for the first time in 16 years.

“A rivalry started between ourselves and Na Piarsaigh and we shared the county (title) from 2010 to 2015 before Patrickswell came again," he said.

“They’ve been nip-and-tuck with Na Piarsaigh over the last few years and now we’re back on top, but you also have Doon and teams like South Liberties and Ballybrown and Adare. It is a very tough, competitive championship to win. In 2010, I remember everyone being so relieved that we’d finally made the breakthrough We had a lot of underage success but turning that into senior success doesn’t happen easily,” he stresses.

Becoming county champions in the home of the holders of Liam MacCarthy always brings special status - but added responsibility. Having battled their way back to the top, Kilmallock have to wait before facing the Cork champions Midleton in a Munster semi-final in December, so the hard work continues.

It's being done off the field too, by people like chairman Stephen Connery, Bernie Savage, Jim Moloney and Paddy Kelly who has put in so much work at under-age level.

At the end of an emotional county final day. another man who was treasured by Kilmallock GAA came to Mulcahy’s mind.

“Jimmy Millea was our life president. He never missed a championship game and would be into the dressing room after every victory, bawling his eyes out with pride. Sadly he passed away, at almost 90 years of age, at the start of this year so it’s been a tough one for his family. I think he was definitely looking down on us for the final.”