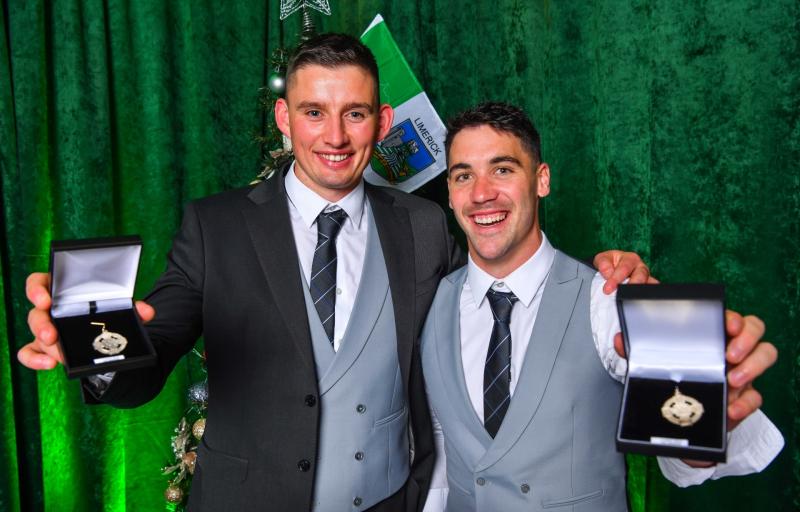 JOHN Kiely has vowed that the Limerick senior hurlers will work “hammer and tongs” to try keep the men in green and white at the top of the inter-county game.

The Limerick manager was addressing the attendance at Saturday’s gala medal ceremony in The Strand Hotel.

The hurlers have returned eight trophies to Limerick since their breakthrough season in 2018 and medals for all those eight competitions were presented by GAA President Larry McCarthy.

“It’s an incredible thing that we had to wait this long to do as much as we have to do this evening. Inside in each of those boxes was a huge story for each one of those players,” outlined the manager.

“We learned in 2019 that things don’t always go the way we wanted but if you keep giving yourself opportunities and keep turning up for those days that matter and keep putting in those evenings in Rathkeale or the Gaelic Grounds. They have trained really hard and are incredible men. Incredible people who have given everything of themselves - heart, soul and mind to the effort over the last number of years," outlined Kiely.

The three time All-Ireland SHC winning manager spoke of the "blood, sweat, tears and laughter of a memorable journey since 2018" and the "unique connection" between the players.

"In congratulating the players, what am I congratulating them on? Am I congratulating them on the titles that they won, the medals they won? Being honest I am not. Because for me and us as a group it’s not about the end result, it's about piece in between the start and the end. It’s about the honesty of effort that players have shown in training outside in Rathkeale or the Gaelic Grounds or where ever we go to train. That honesty is not easy - it is extremely hard. I have to applaud you guys for that honesty you have everyday to do the right thing for the group," explained John Kiely, who added that "work ethic" and "respect ye have for each other" as other key ingredients in the Limerick receipt for success.