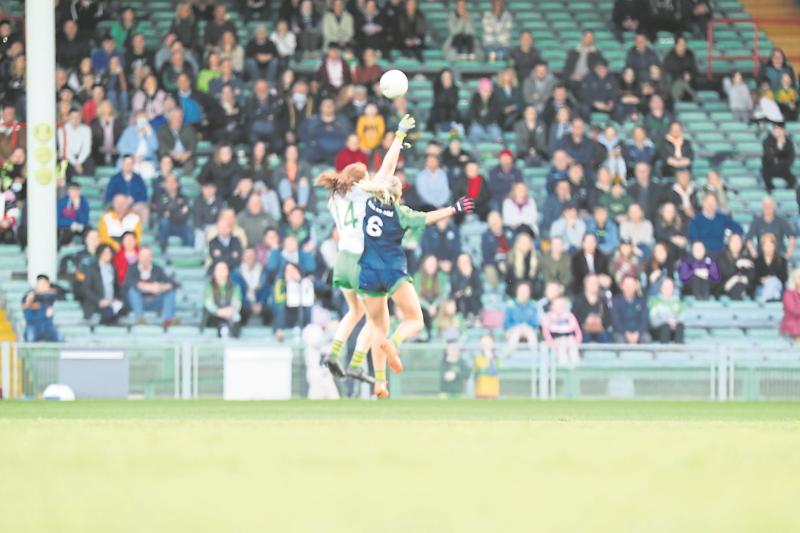 Hopefully both final double-headers can become a permanent fixture on the championship calendar.

Last Sunday was the turn of ladies football and this Sunday it is camogie in the Limerick GAA Headquarters.

But hopefully just a start and after all both ladies football and camogie have a model to work off.

Look at All-Ireland Finals Day in both codes – Ladies Football in particular.

A comparative increase is more than attainable for the clubs finals in Limerick if they work alongside a similar model to the national Ladies Football finals.

The Limerick Ladies Football attendance was 1045 – that was across four clubs, so in general terms that 261 spectators per clubs.

All four clubs carried very big panel of players; with the average panel size was 36; so in general terms that seven spectators per player.

That’s a ratio that can be improved – albeit it takes planning from a fixtures point of view and a big buy-in from the respective clubs.

What happens in Croke Park for the All-Ireland finals is a vast number of underage teams are brought to Dublin for the day and discounted entry is available.

Surely this is attainable for the Limerick club finals in both codes.

What better promotion of the respective clubs than to bring all underage teams into the TUS Gaelic Grounds to see the club adult team play in such a stadium.

Young girls will no doubt have seen the Limerick senior hurlers or footballers play in the TUS Gaelic Grounds in person or on TV, but showing youngsters that they too can aspire to play in the vast stadium in their club colours is crucial to keep participation levels in their chosen sport.

Staging both finals in the TUS Gaelic Grounds is certain progress and very welcome but hopefully it is just the foundation for both codes to make county final day a well planned and  marketable occasion for four clubs and their respective communities.

Simply, kids are the future and need to be inspired.