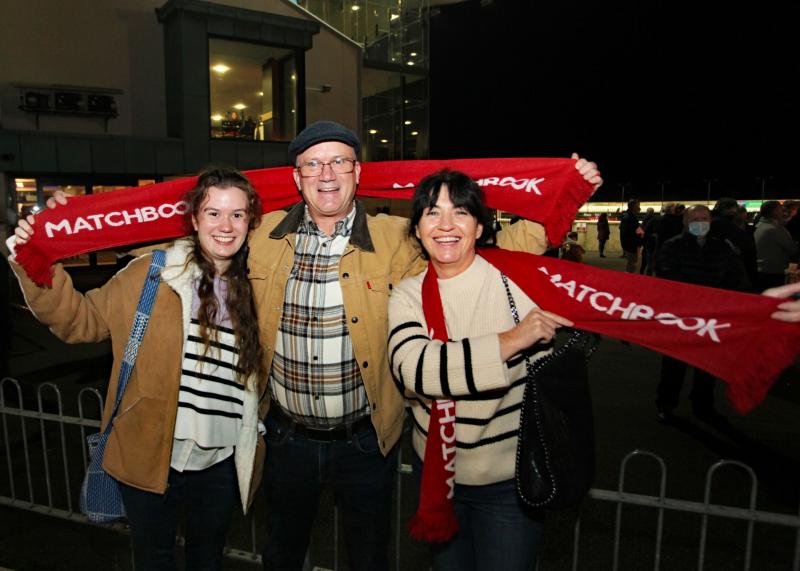 The two semi finals of the €30,000 event take place this Saturday at the Dock Road venue.

Doon native Buckely had Deerjet Sydney as the winner of quarter final two.

Installed the 11/8 favourite to make it 18 career wins and, as expected, Sydney broke smartly from his favoured trap one position to hug the rails and hold all the aces entering the opening corner.

There was no stopping the leader however, and Deerjet Sydney continued to set a powerful gallop as he scraped the paintwork all the way around to cross the line a length and a half clear of Fast Fit Paddy, who ran a blinder, in second.

The final qualifying spot was claimed by Allforthebest who showed big gears to get into contention in the second half of the contest. The time was a rapid 29.54.

Golden trainer Graham Holland enjoyed another fantastic double. Running in the second quarter-final, Part Blake was expected to take all the beating as he bid to make it a hat-trick of victories in what has been a terrific renewal to date.
The Una Creed and Mary O’Connor-owned greyhound has shown huge gears in recent weeks and after backing up his opening round display last week, the September 19’ black was installed as the 5/4 favourite, and he delivered once again.
Housed in trap three, it didn’t take long for Part Blake to set out his stall as the Graham Holland-trained star pinged the lids to post a sizzling 2.72 sectional early on.

Opening an already healthy advantage approaching the opener, Boylesports Bingo emerged as the main threat as he followed Part Blake into the back straight. However, setting a ferocious gallop upon entrance to the back, it was clear that on-lookers were witnessing something special.

Storming into the third turn, Part Blake stopped the third bend sectional clock at a magnificent 17.02 and although Boylesports Bingo was chasing hard in second, he made little inroads into the lead as the remainder fought it out for the final qualification spot back in third.

Part Blake had no such worries however, and the son of Laughil Blake and Galloping Maeve soared up the Limerick straight to cross the line four lengths clear of Boylesports Bingo in second, with Ballymac Merlin a further length and a half back in third.
The time was a stunning 29.24 which is just half a length outside of the track record which was set by Jaytee Taylor in 2019.
Owned by Justin and Pat Muldoon, Russian Glory, a 9/4 chance, bolted from trap two to display immediate acceleration on the run to the opening turn.

Russian Glory opened a three-length lead over Ballymac Wild heading into the back straight and from here, the son of Droopys Sydney and Glory Kitty wasn’t to be denied.

Staying on well in the closing stages, Russian Glory produced a foot-perfect display to cross the line a length and a half clear of running-on Ballymac Wild, in second.

The final qualifying position went to Ballyard Taylor in third as he finished at speed to collar Glengar Bale in the dying strides. The time was a brisk 29.44.

In the third quarter-final, Ballymac Art ran out a gutsy winner for Kerry trainer Liam Dowling.

There was little to separate the duo entering the back straight as Ballymac Art continued to set a strong gallop and the daughter of Ballymac Best and Art Of Illusion was to hold firm despite Priceless Jet asking plenty of questions in the closing stages.

The winning line in sight, Ballymac Art stuck to her guns well and she crossed the line a half a length better off than Priceless Jet, with Sweep The Yard also coming home at a rate of knots to land third. The time was 29.66.