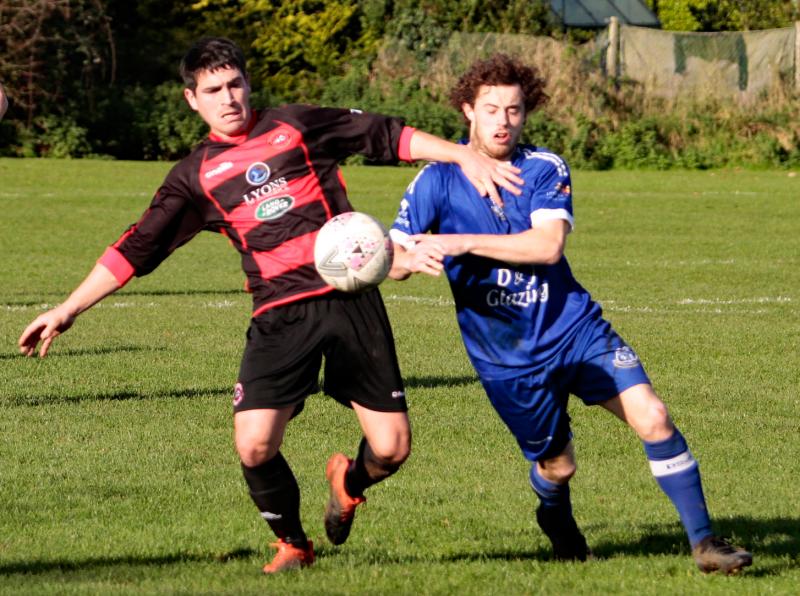 THERE are two Munster Junior Cup games scheduled for the weekend.

These two teams turned out some classic affairs over the decades and while Hyde’s fortunes slid somewhat over the years, they will always be up for the challenge when they face their old rivals.

Hyde Rangers A are doing well in their Division and well in the fray for promotion. However, they are wise enough to know Fairview bring a much sterner test.

The Blues are in superb form and there are few sides locally who will be able to stop them.

Ballynanty Rvs beat Mungret with relative ease to progress in the FAI last weekend. This week they meet Aisling Annacotty’s fourth string in the MFA Cup.

Aisling D’s are much better than their League standing suggests. They have several players with Premier League experience and will be relishing the challenge.

However, Balla' have a superb squad, strengthening by the week. While they need to treat the game as a serious challenge, Balla should be too strong.

In the Premier League, Pike Rvs will take outright lead if they can beat Prospect in Cals Park. The Hoops are level on points with Fairview and Aisling but with a game less played. With the race for the title so tight, every point gained is vital and particularly with the League splitting into top six and bottom six at the halfway stage.

They meet a Prospect side managed by a former Pike favourite, Wayne Colbert who has assembled a side that are proving hard to beat. They posted a good 4-3 win in the FAI at Charleville last Saturday which will give them plenty of confidence going into Sunday's tie. However, they meet a Pike side who are a different proposition. They are scoring goals at will and will be determined to take top spot.

Bottom side Kilmallock are at home to Janesboro in a game where points are like gold dust.

Without a win to date, Kilmallock are more needy in that regard. They meet a rapidly improving Janesboro side and will get nothing easy.

Another side badly in need of the points are Geraldines. They are going through a torrid time to date and they will get nothing to ease their plight on Sunday.

Regional are in flying form and are one of the top scorers in the League. It suggests another rough day for the ‘Dines but no doubt they will keep battling away.

Carew Park suffered a surprise defeat to Corbally last weekend and on Sunday they will be looking to bounce back when they visit Murroe in the Premier A League. Charleville also face a big challenge at Athlunkard Villa.

Division 1A leaders Granville face a sticky challenge at Summerville. In-form Star Rvs are fancied at home to Kilfrush and Southend welcome Castle Rvs while Div 2A leaders Wembley Rvs make the short trip to take on Hyde Rgs.

In Division 3A Div 3A, the leading tow, Pike Rvs and Herbertstown finished all square when they met last Sunday. This weekend Herbertstown host Croom Utd and Pike visit Granville Rgs B, while in Division 3B, runaway leaders Ballynanty Rvs B host Parkville B.

The FAI Under 17 Cup continues apace with three LDL sides in action. Newport A host Cork side Carrigaline while Charleville travel to Newmarket Celtic.

Fairview Rgs are also on the road when they visit Parkvilla FC in Navan.

With Ireland playing Portugal on Thursday, the midweek Tuohy Cup game is scheduled for Wednesday when Kilmallock will take on Pike Rvs vying for a place in the semi final of the competition.