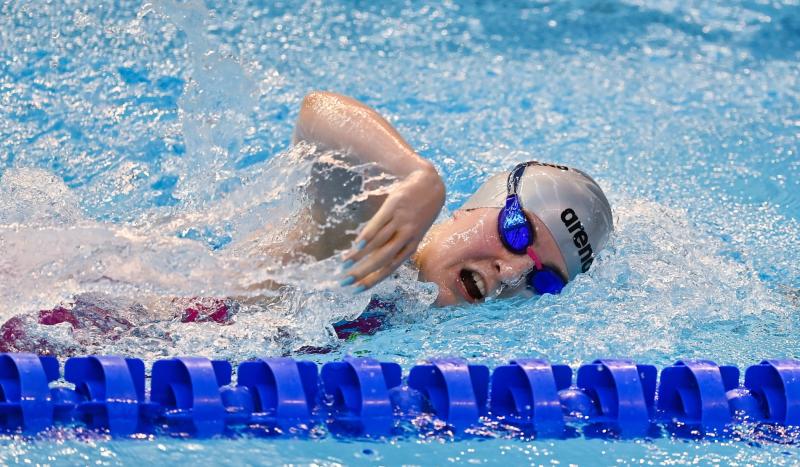 This week Swim Ireland announces their Performance team and centralised National Centre structure, which will support and enable athletes into the Paris 2024 Olympic Games.

Additionally, they also announced a group of 35 athletes who will form their National Programme for swimming in the 2021-2022 season, just as the clock ticks inside the 1,000 day mark to the Paris Games.

Both will be based in the University of Limerick-based National Centre (Limerick), where Centre Head Coach John Szaranek will lead the programme into Paris.

Assistant Head Coach Michael McCarthy will provide Szaranek with essential support in what is an increasingly popular option for Irish athletes, with the Centre being based on one of the island’s premier third level/higher education campuses.

Lorna Barry will continue in her crucial role as Lead Strength & Conditioning Coach for the Centre.

Clarina 19 year old Eoin Corby is in the performance base with a primary focus on Paris 2024.

Castletroy College fifth year student Ella Carroll (Limerick Swimming Club) is part of the Performance Pathway, for those with a primary focus on Los Angeles 2028.

“We are delighted to be able to announce our Performance team for this cycle and particularly pleased to be able to retain a highly-talented staff, one that helped deliver Ireland’s best ever aquatics outcome at an Olympic Games, most recently in Tokyo," said National Performance Director Jon Rudd.

"This National Programme cohort is also a very exciting list of names and we have already held our first camp for these athletes to bring them together and set the values, culture and expectation for the days ahead into Paris. It continues to be an exciting time working in and for Swim Ireland Performance​."