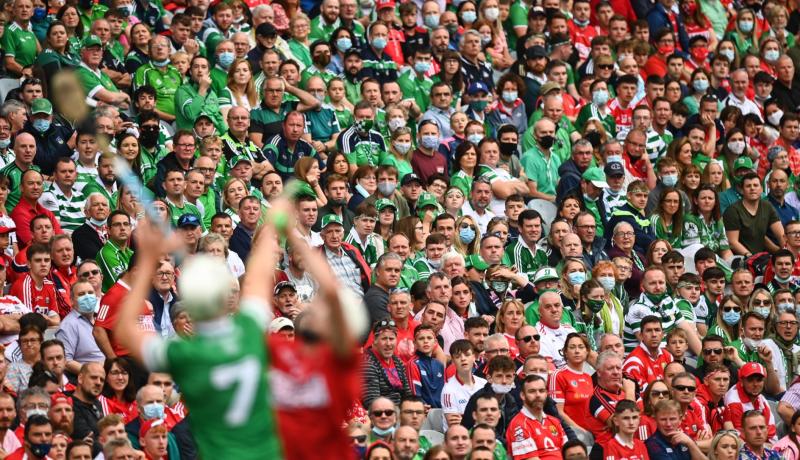 THE GAA awards seasons is almost upon us and no doubt the Limerick hurlers will rightly feature strongly.
Hurler of the Year, All-Stars, RTE Sports Awards and varying other bodies will include Limerick hurlers among their winners and nominations.

All lovely honours and richly deserved.

But my mind wonders past all that, and awards season means I start to think about the new season.

As a Limerick hurling supporter there can be no complaining about the trophy laden last two seasons.

But what 2022 could offer is most welcome in terms of packed stadi across Munster with a return to the round robin series in the Munster senior hurling championship appearing most likely. Limerick is enjoying a golden generation for hurling and for supporters young and old many an opportunity has been missed to attend games and witness these current heroes up close and personal.

While all is to be confirmed by Munster GAA officials in the coming weeks, a mouth-watering fixture schedule awaits.

Round One looks set to be an All-Ireland SHC final rematch between Limerick and Cork. And, John Kiely’s men will be Leeside bound for Pairc Ui Chaoimh for what would be some start to the 2020 championship.

The following weekend, Round Two would be yet another All-Ireland SHC final rematch – Limerick and Waterford renewing 2019 rivalries in the TUS Gaelic Grounds.

It appears that weekend three could be a free weekend for all.

Round Three would be a Shannonside derby – Limerick v Clare and in Cusack Park in Ennis for those lucky enough to get tickets!

In Round Four, a fourth game in five weeks, Limerick would welcome Tipperary to the TUS Gaelic Grounds.

Limerick’s bye it appears would be in Round Five – the final round of group games.

So all that could mean for Limerick, two successive weekends, a break and two more successive weekends. At that point the championship could be over, Limerick could have a rest before a Munster SHC final or be preparing for the backdoor route into the All-Ireland SHC series as the third placed team in the final group table.

The return of the round robin series for the Munster SHC would also open the door for the return of the Munster minor hurling championship as the traditional curtain-raiser. While I’m not a fan of the U17 grade for the inter-county minor championship, the development nature of the grade has to be acknowledged and in this regard playing in major GAA stadiums surrounded by big match hype is a huge learning curve for any budding talent. And it would guarantee each county minor team at least four games – a true reflection for their training effort.

And remember dates will move forward next season as the GAA moves towards ‘spilt season’. That could mean an April start to the Munster SHC.

Back in February, GAA Congress supported the new ‘split season’ from 2022 with the All-Ireland finals in football and hurling being played in July.

Under the new plan the season will begin with the Allianz Leagues following by the provincial and All-Ireland series with club activity taking place in the latter half of the year.

In that Allianz League, Limerick will play out of Division 1A with games against Galway, Cork, Wexford, Clare and Offaly.

All, in all, appears the Limerick senior hurlers are set for a minimum of 10 games in 2022 and confirmation of this would be the ideal pre-Christmas present.

And, if they can get rid of water breaks that would be ideal too!