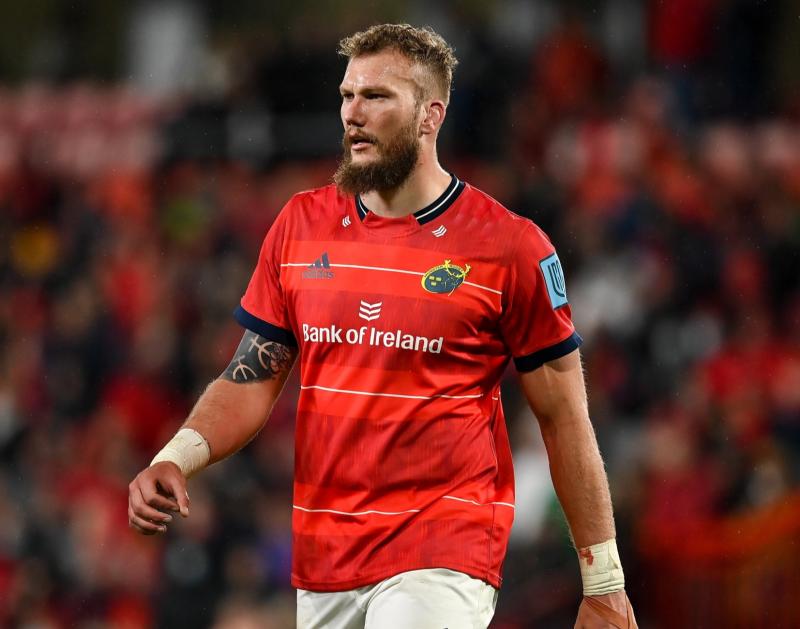 World Cup winner Snyman is to begin his rehab.

Snyman sustained a re-rupture of his cruciate ligament in Munster's United Rugby Championship win against Scarlets in October.

The 26-year-old lock featured off the bench in Parc y Scarlets and nine minutes later was forced off with the knee injury.

He had already made two appearances off the bench in Munster’s two opening United Rugby Championship games this season since returning from injury.

The majority of the Munster Rugby squad returned to the High Performance Centre at UL this week ahead of the next block of fixtures that begins with a two-match tour to South Africa in less than three weeks.