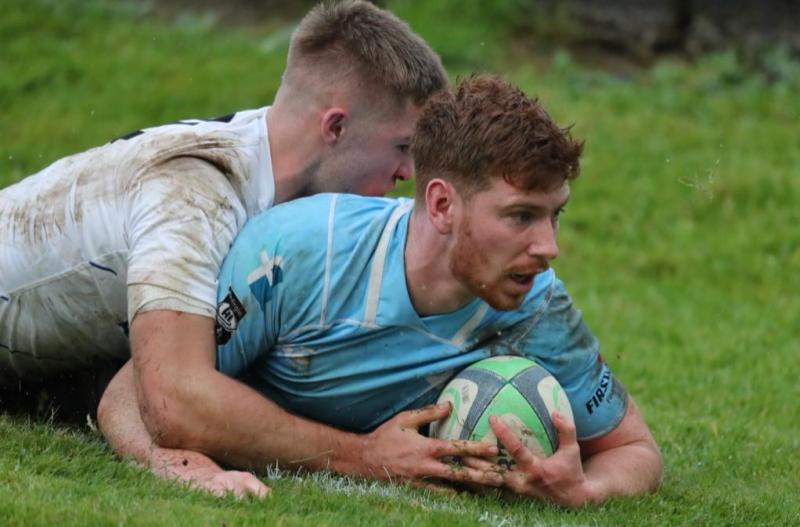 THERE were wins for Young Munster, Old Crescent and Bruff on a day of mixed fortunes for Limerick's six Energia All-Ireland League clubs on Saturday.

In Division 1A, Garryowen lost their 100% record after four games when losing out 21-23 to Munster rivals Cork Constitution in a high quality contest at Dooradoyle.

Garryowen were knocked off top spot in 1A as a result of the defeat, the second-placed Light Blues now trailing new leaders, local rivals Young Munster by a point in the table.

Visitors Con raced into an early 10-0 lead with a David Hyland try and a conversion and penalty from Crowley. Back came Garryowen and playmaker Healy crossed for an excellent try, which he also converted.

A Healy penalty and fine team try, finished by Colm Quilligan, had Garryowen 15-10 to the good at half-time.

When Healy landed a 44th minute penalty the Limerick side was two scores to the good at 18-10.

However, Constitution, back by the breeze, enjoyed the lions share of possession through the final half an hour of the contest and a second try, this time scored by Cathal O'Flahety, and two penalties and a conversion from Crowley, guided the visitors to victory.

Garryowen did add a 70th minute penalty from Healy to get within two points of the Leesiders. However, they were ultimately unable to bridge the gap.

This was #EnergiaAIL league vs league with Senior @Munsterrugby players at 10 for both sides. pic.twitter.com/563ODCGKWZ

Young Munsters' made it five wins from five in the top flight and moved top of the table thanks to a hard-earned 19-9 victory over UCC at the Mardyke.

Young Munster, who now boast the only 100% record in the top flight, led the Cork students 9-3 at half-time.

Munsters' led 6-3 at the end of the first quarter, with Evan Cusack kicking two penalty goals and the out-half added a third successful kick in the second quarter to earn that six point interval lead.

UCC hit back in the third quarter to reduce the deficit to just three points, 9-12.

However, a well-worked try from Mark O'Mara, scored off a maul, gave Munsters' some breathing space on the scoreboard and proved the crucial score in their 10-point win.

This is the game that sent @YoungMunsterRFC top of the league table after 5 games in the #EnergiaAIL. pic.twitter.com/VuEr9EQq6K

In Division 1B, Shannon had to make-do with taking a losing bonus point from their 17-21 home defeat to St Mary's College on the back pitch at Thomond Park.

The result leaves Shannon, who have won two of their five opening league games, in fifth place in the table, 9 points off joint  pacesetters Highfield and Old Wesley.

Shannon had led the game 17-9 at one stage in the second half. However, the Parish side was undone by a run of 12 unanswered points from the visitors.

Flannery then added a 46th minute penalty goal. However, Mary's struck back with a converted try in the 73rd minute to leave a point between the sides at 17-16. A 78th minute try then ultimately won the day for the Dubliners.

Meanwhile, in Division 2A, Old Crescent recorded their first win of the campaign when scoring a precious 33-12 bonus point win over Dolphin at Takumi Park.

The eighth-placed Rosbrien side laid the foundation for this win in the opening half after which they held a 21-0 advantage.

An early Cathal Monaghan try set the home side on their way, while Daniel Hurley also crossed for a first half five-pointer. Ronan McKenna, who helped create Hurley's try with a well-placed grubber kick, added three penalties and a conversion.

Crescent added second half tries through the exciting Hurley, his second of the game, after an hour, while a well-executed maul led to the home side's bonus point try late on.

Old Crescent sit two points ahead of bottom side UL-Bohemian and one point in front of ninth-placed Nenagh Ormond in the table.

UL-Bohs, with just one win their opening five league games, picked up a losing bonus point in a 24-17 defeat away to Buccaneers.

The outlook appeared bleak for the Annacotty side when trailing by 21 points, at 3-24, at half-time. However, a strong second half display from the Red, Red Robins helped secure a precious bonus point for the side propping up the 2C table.

In Division 2C, Bruff moved up to a more comfortable sixth place in the table after recording a thumping 38-15 bonus point win over City of Derry at Kilballayowen Park.

Bruff, who were claiming their first win of the campaign, led the game 21-10 at half-time, thanks to three tries. Tom Quigley then struck for the bonus point try for the South Limerick side after the restart.

Bruff went on to score six tries in all to seal an impressive victory. The win has moved Bruff four points clear of bottom sides Sundays Well and Clonmel. 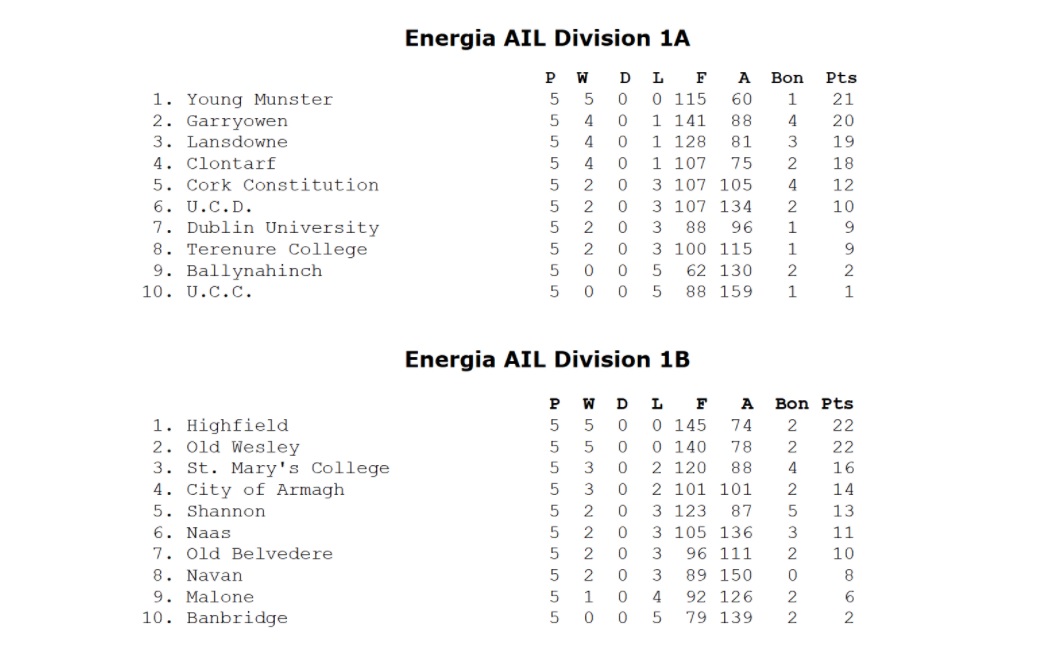