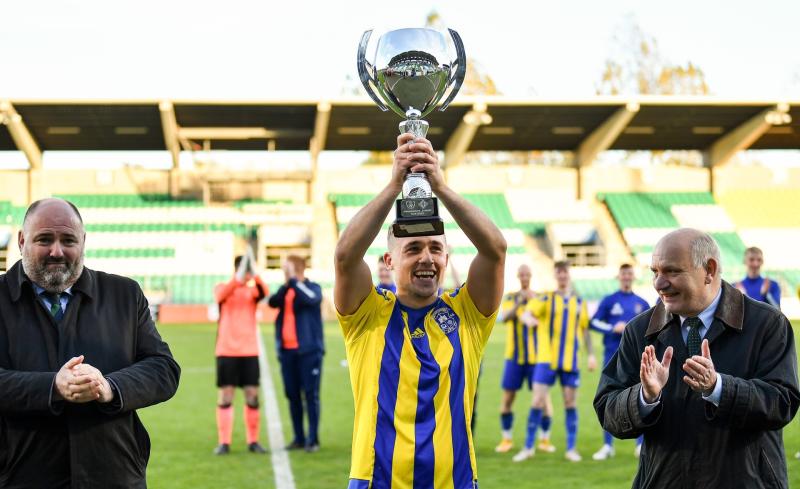 On Friday night O’Connor was sprung from the substitutes bench for the final quarter of the Limerick senior club football championship final. Within 10-minutes he scored the all-important goal as his native Newcastle West’s 1-8 to 0-5 victory over holders Adare in under the floodlights of TUS Gaelic Grounds.

The View were crowned 'All-Ireland champions' with a penalty shootout victory over the side from Belfast.

The competition pits the FAI Junior Cup winners versus their counterparts in Northern Ireland and has only been competed for on three occasions. Fairview’s win on Saturday ensured the trophy has yet to leave the Republic of Ireland.

The Limerick side were 2-0 down at half tike but goals from Shane Duggan (created by AJ O'Connor and James Fitzgerald) and Ross Mann ensured the final went to penalties.

Goalkeeper Aaron Savage was the hero for the Limerick side with three saves as Fairview Rangers emerged 3-2 winners.

Centre half O'Connor did have his penalty saved but Fairview emerged victorious and the Newcastle West native accepted the Presidents Cup from IFA president Conrad Kirkwood and FAI president Gerry McAnaney.