Internationals return as Munster Rugby name their side to face Ospreys 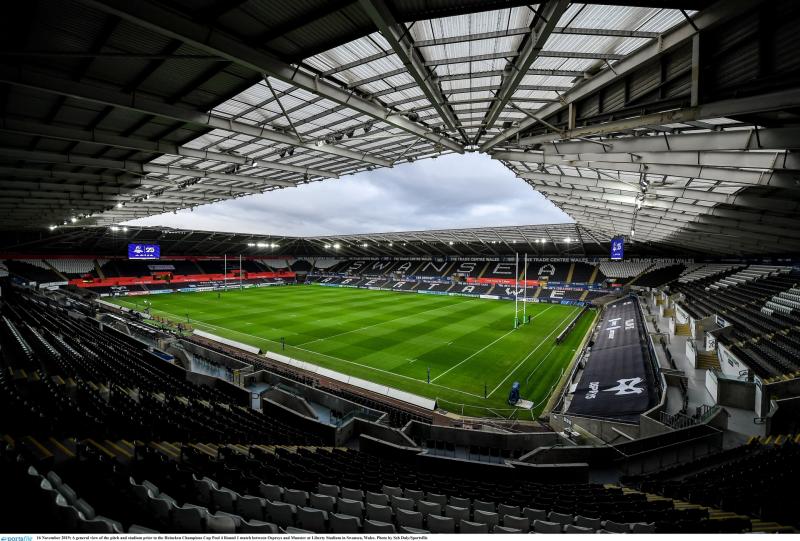 The Munster team has been named by Head Coach Johann van Graan ahead of Saturday’s URC round five clash against Ospreys at the Swansea.com Stadium (7.35pm) with both Lions series stars Conor Murray and Damien De Allende to feautre off the bench.

There are eight changes to the side that defeated Connacht at Thomond Park last time out.

Out-half Jack Crowley makes his first Munster start on his fifth appearance for the province as Matt Gallagher, Liam Coombes, Dan Goggin and Shane Daly also come into the backline.

The three changes in the pack see Jeremy Loughman, Fineen Wycherley and Jack O’Donoghue move into the starting XV.

There is a positional switch for Tadhg Beirne as he starts in the back row. Gallagher is named at full-back with Andrew Conway and Daly on either wing.

Crowley is partnered by Craig Casey in the half-backs as Goggin and Coombes renew the centre partnership that started against Scarlets in round three.

Loughman, Niall Scannell and John Ryan start in the front row with Jean Kleyn and Wycherley in the engine room.

Tadhg Beirne moves to the back row alongside captain Peter O’Mahony with Jack O’Donoghue at no.8.

John Hodnett, Conor Murray and Damian de Allende are named among the replacements and in line for their first Munster appearances of the season.

All you need to know:

Munster will head to Wales with their tails up after a late 20-18 win over Connacht maintained their 100 per cent winning start to the season.

Beaten finalists last term, Munster have triumphed in their last 11 matches against the Ospreys in all competitions since defeat in Cork in February 2016

The Ospreys survived a Benetton fightback to claim a third victory in four matches but have won only twice in eight meetings against Irish provinces.

They have also beaten an Irish opponent just once at this stadium since April 2018 while Munster have prevailed on their last five visits.