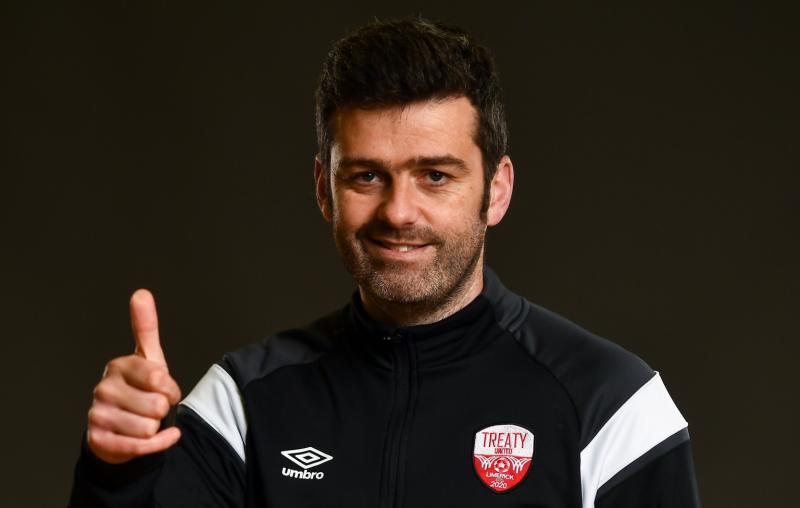 TREATY United boss Tommy Barrett was full of praise for his side’s 'massive' achievement at securing promotion play-off football in their maiden season in the League of Ireland First Division.

Friday night's 1-1 draw with Athlone Town at the Markets Field guaranteed a top five finish for Barrett's charges and with it a place in the First Division promotion play-offs at the start of next month.

Before that Treaty have two more games remaining in their regular season, beginning with Friday night's trip to UCD.

Tommy Barrett said: “I’m just happy for the lads. They’ve done so well for themselves and for this group of players it is a great achievement. Considering we signed 20 players from junior soccer, we look at the likes of Athlone, they're a fantastic team, full of professional players who’ve played in the League a long time. The rest of the League is littered with teams like that.

“We are delighted to be in the play-off. We shouldn’t underestimate (the achievement), we’d three days to get the team together, that is no joke. We had just three weeks pre-season.

“This group have shown massive resilience and grit to get there, they’ve been fantastic. I can’t praise them enough. It’s a massive achievement, it’s huge.

“It probably will take a long time for it to be repeated. We caught a lot of teams on the hop, it will be more difficult next year, no matter what Division we are in.”

While Treaty have reached the promotion play-offs in their first season competing in the League of Ireland, Barrett says it is crucial for the club to continue building.

“At the moment we are training twice a week because we are looking for a ground. That is the way it is," the manager said.

"That is where we are at as a club and that is ok. It is not all about results. We have to build for the future, we have to get our underage structures right and our facilities right.”