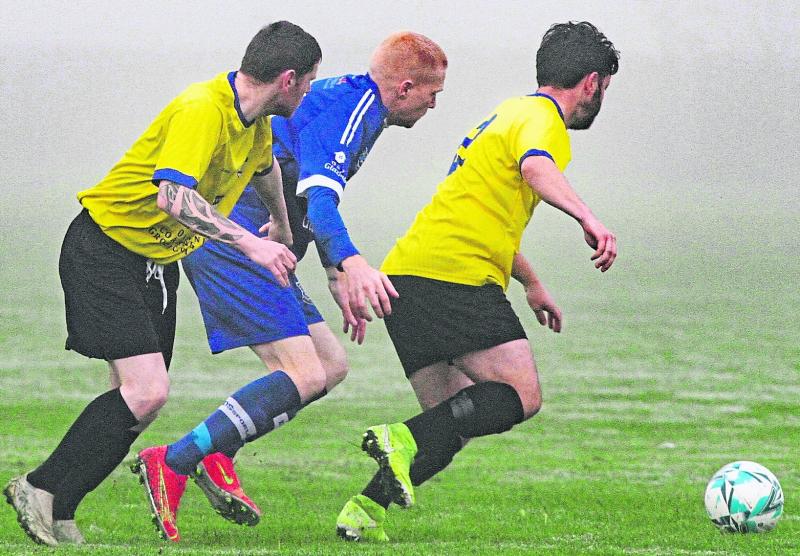 THE remaining FAI Junior Cup games are scheduled for this weekend with several mouth-watering games on offer.

Coonagh United V Pike Rovers is the only all-Premier game and could throw up a good battle. Coonagh made life difficult for Aisling last Sunday and Pike can expect more of the same this weekend. Pike had an easy run out last weekend so will be well up for the tie.

FAI Cup holders Fairview Rgs should prove too strong for Castle Rvs at the Fairgreen.

Star Rovers V Athlunkard Villa and Hyde Rangers V Prospect Priory showcase four teams with no real hopes of winning the National trophy. However, their games on Sunday, two of the most local of local derbies, will be treated as if they are finals.

Both should be fun, regardless.

High flying Division 1A side Southend Utd need to be on guard against a Croom Utd side capable of beating any side on their day.

There are two Munster Junior Cup ties on offer. As local a cup tie can be, will take place in Annacotty when Aisling A team take on their B team.

Shane O'Hanlon's star-studded side will be shown no deference by their club mates who will be keen to prove they are well equipped to play against the best.

Regional Utd A were glad to escape in Kilmallock last weekend when a last-minute goal gave them a 2-1 win. They will face an equally difficult opponent on Sunday when they host Fairview Rgs B.

The visitors lead the way in the Premier A League and have a superb group of players, well capable of causing an upset.

There are two games in the Premier League, neither having much impact on the top of the table.

Kilmallock, looking for their first league win, welcome a rapidly improving Janesboro side.

Nenagh ran Fairview close in the FAI last weekend and they take on a side in Mungret Reg who were also in FAI action, beating Granville to progress to round three. Both teams are clear of the drop zone but would like a few more wins before easing up.

The race for promotion to the top-flight is well and truly under way in the Premier A League.

Charleville are in fine form and they will expect to continue in that vein as they host bottom side Holycross.

In the lower leagues there are important games for the leading teams.

Division 1A leaders Granville Rgs are back in League action when they host Shelbourne in Glenbrook.

In Division 1B, Regional Utd visit Caledonians looking to increase their lead further.

Division 2A leaders Janesboro face a sticky opposition in Corbally B while Newport Cee's are in a local derby with Lisnagry as they look to consolidate their advantage at the top of the table.

Pike Rvs B maintain their 100% record in Division 3A. On Sunday the travel to UL to take on Brazuca United.

Charleville and Fairview had contrasting fortunes in the FAI Youth Cup last weekend. The sides meet on Sunday in the one Munster Youth Cup game scheduled.