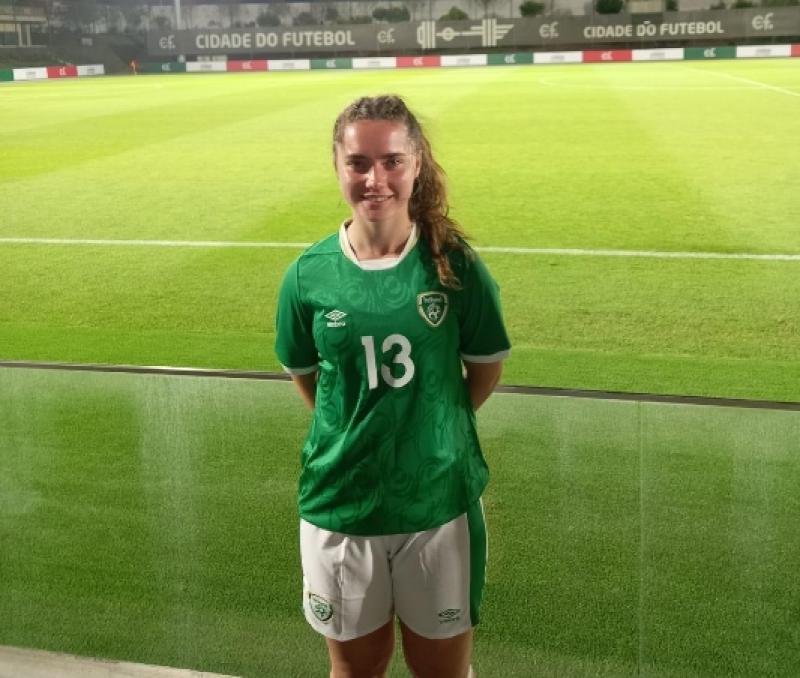 The teenage Treaty Utd player has attended Dublin's Sports Injury Clinic for a consultation ahead of her operation next month and she is already preparing for her return to action and the months of rehab ahead.

The Pallaskenry 18 year old has had a remarkable couple of months.

"Last season I captained Treaty Utd U17 team and made my debut for the senior team after playing with Limerick FC U17 team for two years. My main goal was always to cap for Ireland and I got the chance to do that this Summer against Northern Ireland - it was an amazing experience being in camp and I really enjoyed it," said the promising defender.

From U8s with Pallaskenry and then further underage teams in Kilcornan and AK United, O'Sullivan then joined up with Limerick FC and this season Treaty Utd in the SSE Airtricity Women's National League.

"I was always determined to get a cap ever since I started playing soccer. I had a successful season this year. I was a regular starter at Treaty and I made a Team of the Week and got a Star Player so I am happy with my progress," outlined the Salesian College, Pallaskenry Leaving Certificate student.

After her debut against Northern Ireland, O'Sullivan was again called up to the Republic of Ireland U19 side last month.

"I was selected for the trip to Portugal in September and I was delighted to be going away and I got to play against Portugal which was an amazing experience too," she recalled.

Back from international duty, O'Sullivan was lining out for Treaty Utd on her 18th birthday when she tore her ACL and MCL when playing against Galway.

"It was very difficult to accept at first but I know now that it will only make me better than I was before and I’ll be back stronger than ever," vowed O'Sullivan.

"I hope to get to America next summer for college and soccer, so my main focus now is to be fully fit for that. I am determined to be back during the Summer and I hope to have a successful career ahead," said O'Sullivan.