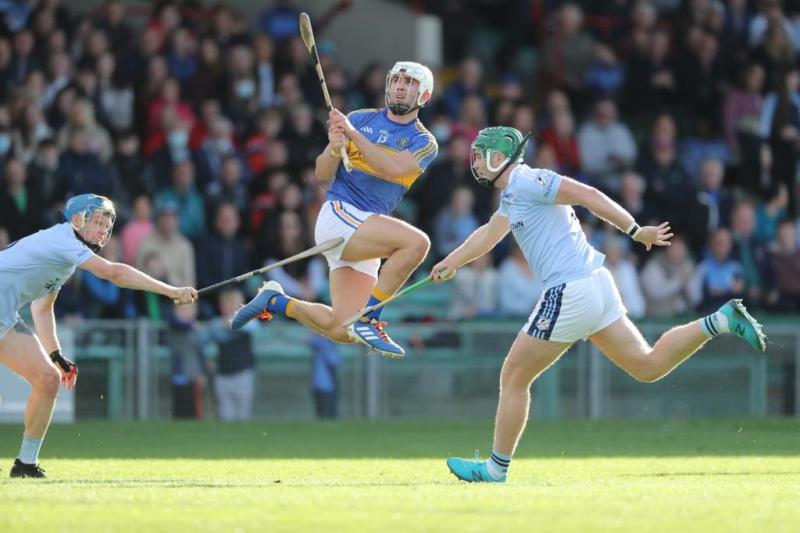 It was a half in which The Well were nine points clear after 18-minutes but hit nine wides, compared to just three for Na Piarsaigh.

The sides were level twice in the early minutes until Kevin O'Brien goaled in the seventh minute for the men in blue and gold. O'Brien finishing to the net after a delightful pick-up and pass from Aaron Gillane put him through on goal.

Cian Lynch, Gillane and Thomas O'Brien had points as The Well went 1-5 to 0-3 clear by the 10th minute.

By the first half water break it was a 2-6 to 0-4 lead for Patrickswell. All those scores came from play, while the Caherdavin men had just their opening Thomas Grimes point from play.

But the second quarter was the total opposite.

Two minutes after the restart Keith Dempsey goaled for the city side.

Gillane, Josh Considine and Byrnes did cancel out the green flags with quick-fire points but then the Light Blues took off.

They were to score five in a row to cut the lead to four points - Grimes, David Dempsey and free-taker Kevin Downes with points.

Jason Gillane from a lineball ended that run of scores and it was 2-11 to 1-9 at the interval.

David Dempsey and Downes points reduced the lead on the restart of the second half but up the field went Patrickswell and Thomas O'Brien scored their third goal after the initial shot from his brother Kevin was saved.

But there was no way back with Brian Murray and defenders denying Na Piarsaigh the necessary goal.