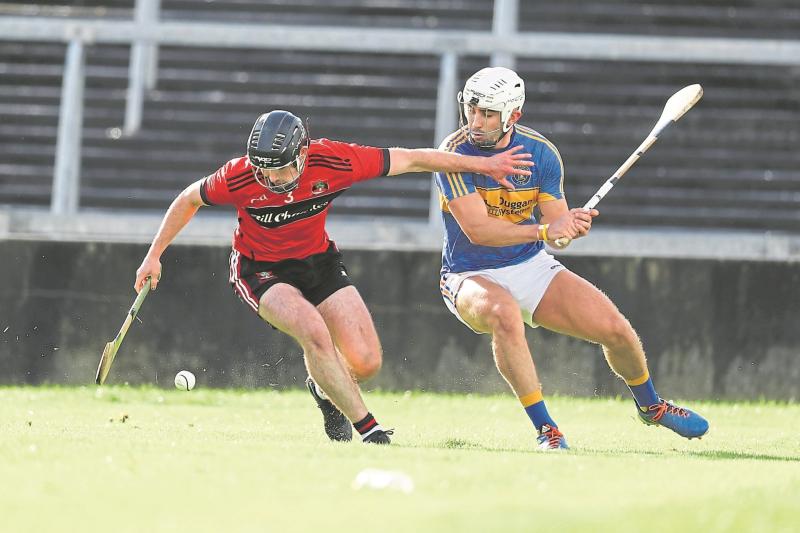 FOR the fifth successive year, a familiar four have reached the semi finals of the Limerick senior club hurling championship.

Indeed the semi final line-up is the exact same as last season in the Bon Secours Limerick SHC.

Those semi finals form a TUS Gaelic Grounds double-header next Sunday October 10 - champions Na Piarsaigh face Patrickswell at 4pm, while Doon and Kilmallock will meet in the curtain-raiser at 2pm.

Both Patrickswell and Kilmallock had to survive quarter final scares yesterday to book their place in the semi finals against the two group winners.

Elsewhere in the senior hurling championship over the weekend Monaleen were relegated after five years in the top flight – they lost to Blackrock in the relegation play-off.

Ballybrown dropped from Section A of the Limerick SHC after losing to Ahane. Ballybrown will be replaced by the winner of a Adare-South Liberties play-off which will take place on Saturday October 16 in Kilmallock.

In the Lyons of Limerick Premier IHC, Mungret and Cappamore will contest the final to determine who is promoted up senior to replace the relegated Monaleen. That final will take place on October 24 as the curtain-raiser to the senior hurling final in the TUS Gaelic Grounds.

At the other end of the Premer IHC, Murroe-Boher lost to Bruff to suffer a second relegation and now drop down to the Limerick IHC for 2020.

The race for the Limerick IHC title and to replace Murroe-Boher in the Premier IHC is down to the semi final stage, which forms a double-header in Newcastle West next Saturday, October 9 - Bruree v Croagh-Kilfinny at 2pm and Granagh-Ballingarry v Effin at 4pm.

In the Limerick junior A hurling championship four of the five rounds of group games are complete and Mungret are the only side with a 100% record. There will be 12 final round group games next weekend to determine the quarter final line-up.

As well as the senior hurling semi finals next weekend, there will also be club football championship action – with both semi finals down for decision on Sunday October 10 in the Irish Wire Products Limerick SFC – Adare v Galtee Gaels in Kilmallock at 2pm and Monaleen v Newcastle West in Mick Neville Park at 4pm.