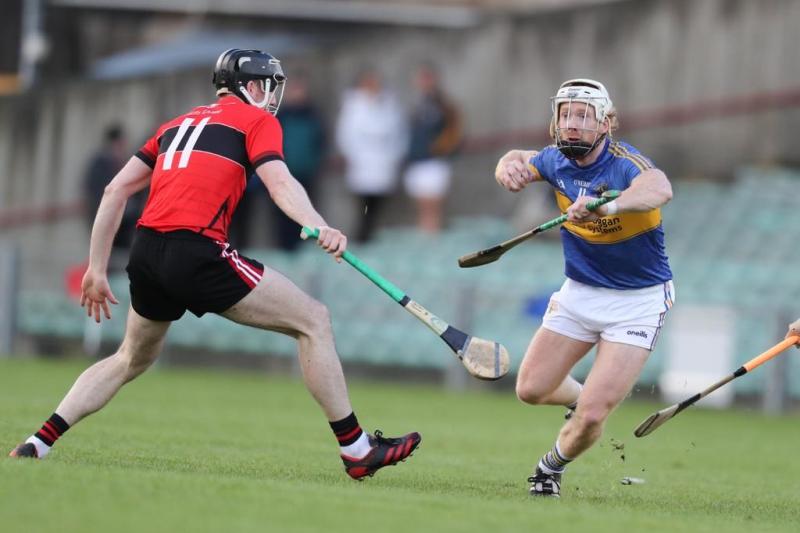 The Well now play Na Piarsaigh in the semi final.

Adare were 0-18 to 0-15 clear with five minutes to play but Jasoin Gillane scored four late points from play to seal the win.

The sides were level on nine occasions in total.

It was a lacklustre opening half, in which the sides were level on four occasions. The Well had nine wides - two more than Adare across this spell.

Diarmaid Byrnes had four early points for Patrickswell - one of which was from play.

Jody Hannon had an early point for Adare.

Two Willie Griffin frees left it 0-5 to 0-4 at the first half water break.

Thomas O'Brien had another Patrickswell point on the restart to maintain their lead.

But Patrickswell then failed to score in the next 13-minutes to half time.

At the other end Adare hit four unanswered points - Ronan Connolly and Wayne McNamara with scores from distance.

Frees from John Fitzgibbon and Griffin ensured the half time lead.

They were still two points clear at the second half water break.

The sides were level on eight occasions before Adare brought a 0-15 to 0-13 lead into the final quarter.

Three points from Cian Lynch in this period had The Well level at 0-11 each after 10-minutes of play.

But Adare finished the quarter on top with David O'Mahony and Charlie McCarthy scores for a 0-15 to 0-13 lead at the water break.

Points from Declan Hannon and McCarthy had it 0-18 to 0-15 with less than five minutes to play.

But that was it from Adare and Patrickswell came to life with a late rally.

Jason Gillane stepped up with four successive points to grasp the lead and then Cian Fitzgerald sealed the win with the final score.