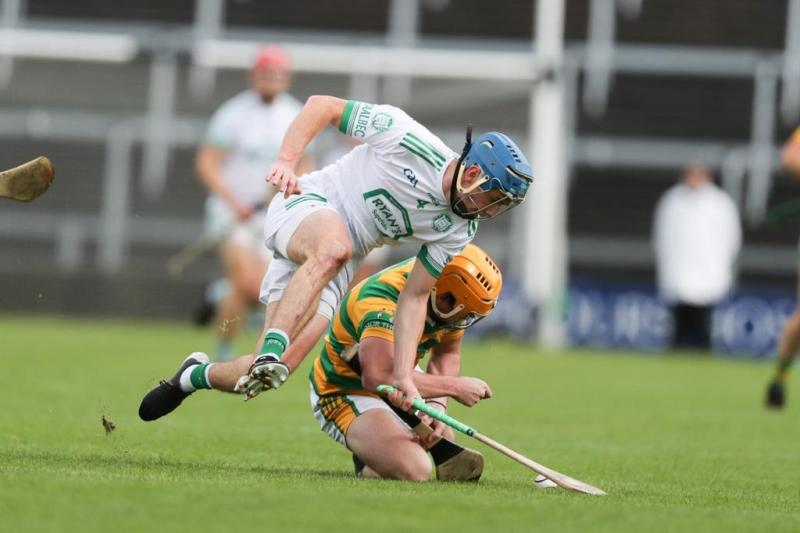 The Balbac now play Doon in the county semi final next weekend.

Extra time was needed to seperate the teams in this thriller.

Oisin O'Reily was Man of the Match with seven points from play for the winners.

In the end the Tony Considine managed Kilmallock edged over the winning line in extra time.

Goals from Ken Byrnes and David O'Neill putting the Souths two points clear at the break.

The men in green and gold made an instant impact with Brian Ryan scores from placed balls and a John Hickey score leaving them 0-3 to no score ahead before Kilmallock opened their account in the sixth minute.

It was almost 10-minutes into the game before Kevin O'Donnell had the first Kilmallock score from play but Micheal Houlihan frees kept them in touch.

Barry Nash was a prominent figure for Liberties and was on the scoresheet in the seventh minute before setting up Byrnes for his goal in the eighth minute. That goal came from a long puckout from Anthony Nash to his first cousin Barry and the Limerick inter-county corner forward laid off to Byrnes who finished from close range.

Goalkeeper Barry Hennessy landed a long range free and at the first half water break it was 1-5 to 0-6.

By half time Houlihan had three points from play and his scores left it 0-8 to 1-6 approaching the 20th minute.

Then came the second Liberties' goal - David O'Neill had just scored a point from play when he found the net. And, again Barry Nash was involved in creating the chance for O'Neill as Liberties went 2-7 to 0-8 ahead and 22-minutes played.

Kilmallock responded to the first quarter goal with three successive points and followed a similar path this time round with Oisin O'Reilly leading the way with two quick-fire points.

At at half time it was a two point lead for Liberties, who had the aid of the first half breeze.

Within five minutes of the restart Kilmallock were ahead with O'Reilly on the mark for a 0-16 to 2-9 lead.

Then came goal no4 for Liberties - Barry Nash this time finding the net.

Nash then set-up his third goal and a second for David O'Neill.

Robbie Hanley, Houlihan, O'Donnell and O'Reilly all hit back to level 0-22 to 4-10 at the second half water break.

Brian Ryan had Liberties clear in the final quarter but when O'Reilly had his seventh point from play the game was level for a fifth time.

Graeme Mulcahy looked to have won it for Kilmallock but Tom Ryan ensured extra time; 4-14 to 0-26.

In the second period, The Balbac moved up another gear with Gavin O'Mahony points either side of a Mulcahy goal for a 1-31 to 4-16 lead.

In injury time Barry Nash had a consolation goal.