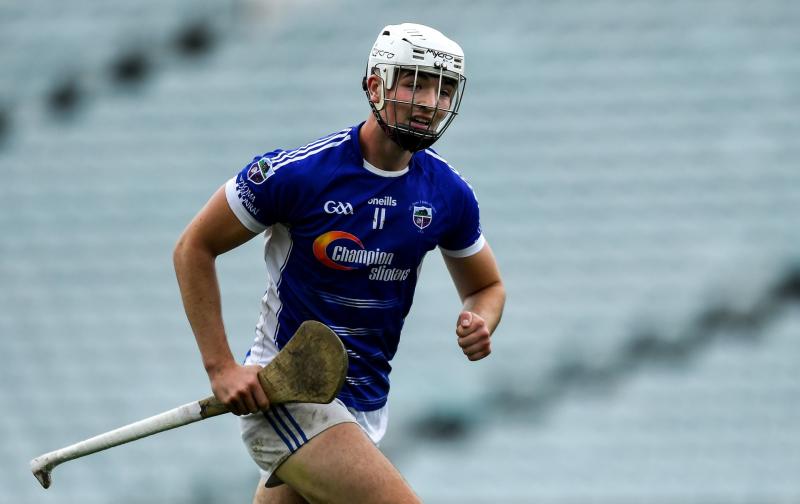 It's the first senior hurling silverware for the club since Kildimo won the West Divisional title in 1935 enroute to what was a Limerick SHC final defeat to Ahane.

In this County Cup final, they were powered to victory by 1-7 from play by Darren O'Connell and five points from play from Kyle Hayes.

Kildimo-Pallaskenry were to get all their 10 scores from play across three scorers - Kyle Hayes and Barry O'Connell 0-4 each and Darren O'Connell 1-1.

At the other end Garryspillane had nine wides - four more than their opponents.

The men in blue had the ideal start - Darren O'Connell goaling after 90-seconds.

James Ryan and Dylan O'Shea had points in reply but three successive points from full forward Kyle Hayes left it 1-4  to 0-2 and only five minutes played.

Ciaran Sheehan had another for Garryspillane but Kayes and O'Connell points had Kildimo-Pallaskenry 1-6 to 0-5 up at the water break on 16-minutes.

Declan Barry and Eoin Sheehan points in the second quarter edged the men in black and amber closer but unrelated Barry and Darren O'Connell had scores to ensure a three point lead for the side managed by Natal O'Grady at half time.

On the restart Garryspillane tuned the game on it's head with two goals in a minute - both from Calum Sheehan.

They were to score just once more before the water break - 14-minutes later with a James Ryan point.

Three frees from Shaun Barry ensured the game was level for just the second time at the water break; 2-10 to 1-13.

In the final quarter Darren O'Connell came to life with three successive points to grasp a three point lead with 10-minutes to play.

Six-in-row either side of the water break was ended when Dylan O'Shea scored from play.

When further O'Connell scores helped him reach 1-7 from play, the title was secured.