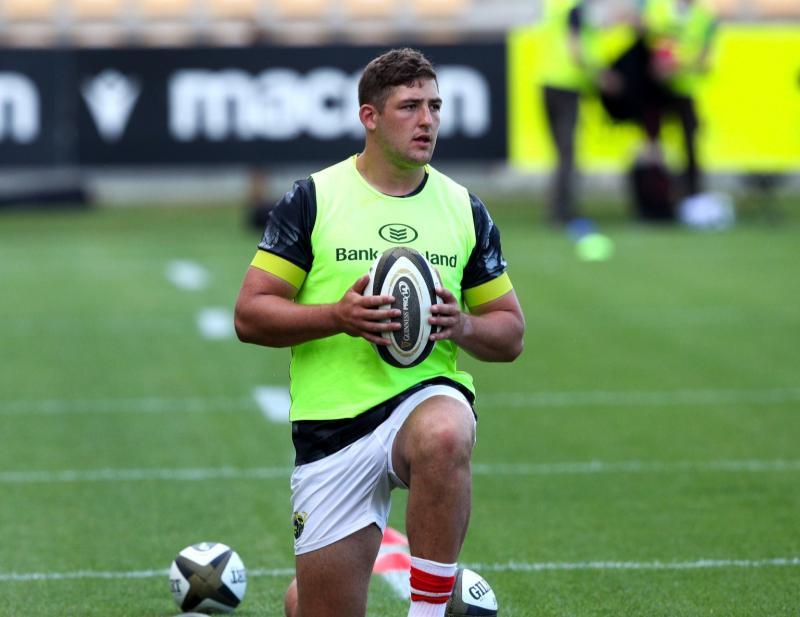 The Munster team has been named by Head Coach Johann van Graan ahead of Saturday’s season-opener against Cell C Sharks at Thomond Park (7.35pm).

Eight of Munster’s Ireland internationals who featured in the Vodafone Summer Series start the game as Peter O’Mahony captains the side.

The province’s record try-scorer Simon Zebo starts on the wing after returning home to Munster over the summer.

Rugby World Cup winner RG Snyman is set to make his Thomond Park debut off the bench on his second appearance for the province having missed last season through injury.

Mike Haley is named at full-back with Zebo and Andrew Conway on either flank.

Craig Casey and Joey Carbery start together in the half-backs as Rory Scannell and Dan Goggin form the centre partnership.

Dave Kilcoyne, Niall Scannell and John Ryan pack down in the front row with Jean Kleyn and Fineen Wycherley in the engine room.

Along with fellow replacement Snyman, new addition Rowan Osborne is also set to play his first game for Munster at Thomond Park on his competitive debut for the province.

Find out all you need to know ahead of the game here.

Meanwhile Sharks Head coach Sean Everitt has stuck with the same pack of forwards that lined up against the Vodacom Bulls in the Carling Currie Cup Final, while Ruan Pienaar, on loan from Toyota Cheetahs, marks his return to the Cell C Sharks after an 11 year absence from the team where his senior career began.

The only other change to the starting XV sees Boeta Chamberlain named at flyhalf after the departure of Lionel Cronje following his short-term stint with the Durban side during the course of the Currie Cup.

There is a return for the lock duo of Hyron Andrews and Ruben van Heerden, the pair have been named on a forward-dominated, 6-2 split bench.

Former Munster Rugby and now Sharks prop Thomas du Toit is expecting a huge onslaught from the Irish team, but warns that his side won’t be holding back either, with both sides looking to impose themselves physically.

“They’re a physical side, all Irish sides are, but that doesn’t that South African sides are not as physical, it’s definitely going to be a tough game of rugby with physicality at the front and centre. We as South Africans don’t want to disappoint as far as physicality goes.”

With their Bulls connection via coach Johann van Graan, du Toit admits that there are going to be similarities between Munster and the local Pretoria team but explains their well-roundedness makes them a very dangerous opponent.

“Munster have a good kicking game and will look to play in the right areas of the field, but when they need to put the ball through phases, they can do that. So the big challenge for us is going to be stopping their momentum throughout the game.”