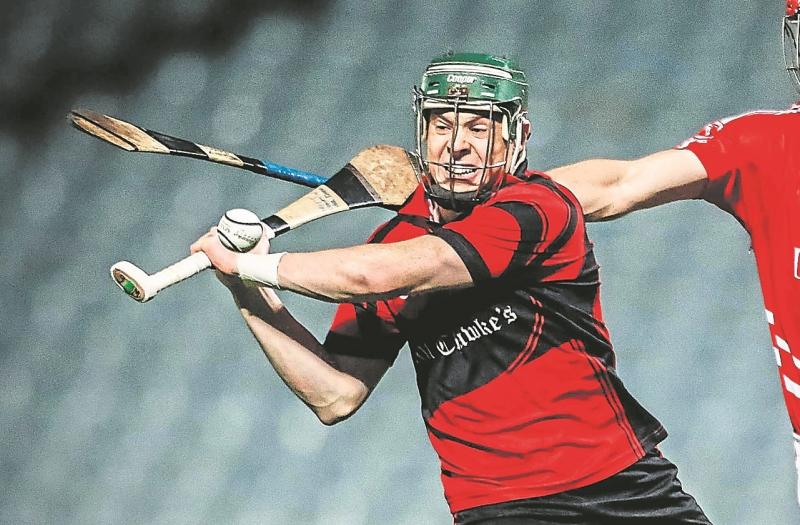 ADARE booked their place in the quarter finals of the Bon Secours Limerick club senior hurling championship this Sunday evening.

In the LIT Gaelic Grounds it finished Adare 1-21 Kildimo-Pallaskenry 1-19.

This was a ding-dong battle between these neighbours who were level on seven occasions - last in the fifth minute of the second half at 0-13 each.

A Declan Hannon goal in the sixth minute of the second half propelled Adare towards the winning line.

Adare now play Kilmallock or Patrickswell in the quarter finals. They will also play South Liberties in a promotion play-off to determine who moves up to Section A in 2022.

It was an end-to-end contest with the sides level on five occasions in the opening half. The teams swapped scores up to the eighth minute at 0-5 each.

Cathal Downes, Kyle Hayes and Darren O'Connell all on the mark early for the men in blue, while Willie Griffin, Brendan O'Connor and Jody Hannon among the Adare tally.

Then came five unanswered scores for Adare to move them 0-8 to 0-5 ahead on 12-minutes with Declan Hannon now on the scoresheet with back-to-back points.

Willie Griffin and Mike Keane points edged Adare 0-11 to 0-7 ahead but the men in blue battled back with a run of scores to level at 0-11 each on half time.

It was an opening half in which Cathal Downes and Jack O'Keeffe both had two points from play for Kildimo-Pallaskenry, while Hannon and free-taker Willie Griffin were dominant among seven different Adare scorers.

Kyle Hayes and Liam Griffin had early scores for Kildimo-Pallaskenry in the second half and they were 0-14 to 0-13 ahead on five minutes.

They were rocked by a Hannon goal. When Charlie McCarthy and John Fitzgibbon (free) added scores Adare were 1-16 to 0-14 ahead and 13-minutes gone in the new half.

The lead could have been greater but for a fine penalty save from John Chawke from John Fitzgibbon. That left it 1-17 to 0-16 at the second half water break.

Subs Davey Lyons and Shane O'Connor had points off the bench and the lead was six points with five minutes to play.

But there was a late salvo from Kildimo-Pallaskenry. Shaun Barry had frees and then two minutes into injury time Darren O'Connell goaled.

But with that came the final whistle and a two point Adare win against a Kildimo-Pallaskenry only back in the senior ranks this season for the first time since the 1940s.

Willie Griffin ended with 0-8 (5free) for the winners, who had 1-2 from Declan Hannon and in total 11 different scorers. Kildimo-Pallaskenry had four points from play from Kyle Hayes and 1-1 from Darren O'Connell, while Shaun Barry hit six frees.