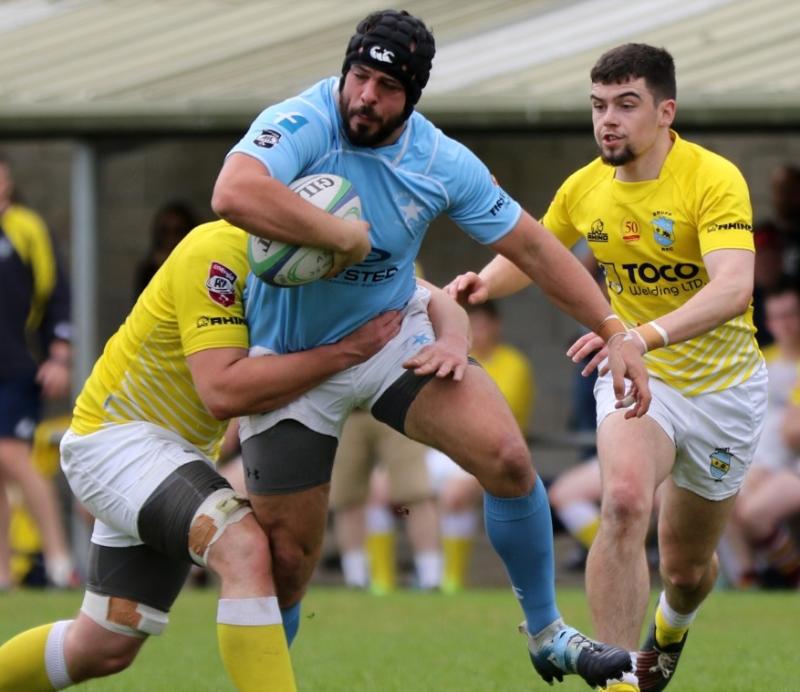 Garryowen hooker Pat O'Toole on the charge in their Munster Senior Cup quarter-final with Bruff at Kilballyowen Park on Saturday Picture: Kieran Ryan-Benson

FREE-SCORING Garryowen eased past Limerick rivals Bruff 48-10 in the quarter-finals of the Munster Senior Cup at Kilballyowen Park on Saturday.

Energia All-Ireland League Division 1A side Garryowen ran in eight tries in all to set up a semi-final clash away to Cashel.

Garryowen led Saturday's quarter-final 26-10 at half-time at Bruff. Mark Fitzgerald scored a first half try for the home side, while Andrew O'Byrne added a conversion and penalty goal.

Garryowen's semi-final opponents Cashel had edged past Nenagh Ormond 10-7 in their quarter-final.

Meanwhile, there was disappointment for Old Crescent who lost out 32-31 to Highfield in a nail-biting quarter-final played at Rosbrien also on Saturday afternoon.

A 78th minute penalty goal finally swung the game in the Cork side's favour after Crescent had managed to turnaround a half-time deficit in their favour.

Highfield led 22-7 at half-time, the Crescent points coming courtesy of a Dan Hurley try, converted by Ronan McKenna in the 37th minute.

Visitors Highfield had managed four tries in that opening half, including being awarded a penalty try.

Resilient Crescent roared back in the third quarter to get ahead, with tries from Kevin Doyle, Jack O'Mahony and Cathal Monaghan together with a penalty goal and three conversion from McKenna helping the home side rack up 24 unanswered points to gain a 31-22 lead after 71 minutes.

The see-saw nature of the scoring continued, however, when Highfield regained the lead with a crucial try from Rob Murphy which was converted in the 75th minute followed by what turned out to be the match-winning penalty kick from Paddy O'Toole three minutes later.

Highfield will now host Young Munster in the semi-finals of the Munster Senior Cup. Munsters' defeated UL-Bohs 34-15 at Clifford Park on Friday night.

The Semi Final line up:

Dates and times will be announced later.