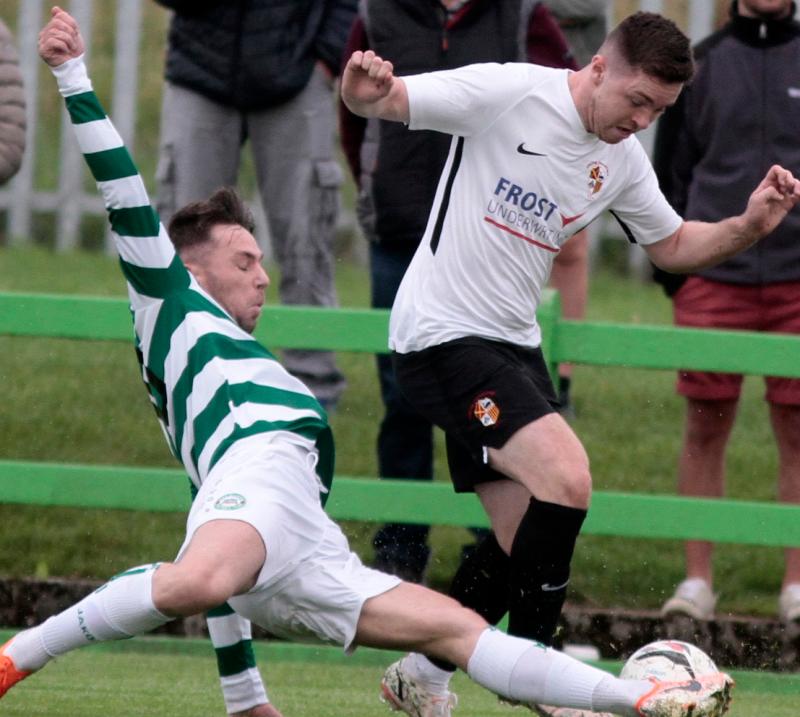 THE Munster Junior Cup continues apace and while there may be no standout ties, there are several interesting ties on offer.

On Saturday evening, Aisling Cees face the daunting task of an away tie against Fairview Rgs. The FAI Champions are in flying form and the visitors are surely in for a rough night.

On Sunday, one game sure to draw the fans is the clash of Southend Utd v Carew Park in Southill.
Southend are doing well in Division 1A Carew Par, strengthened further with the return of Jonathan Grant and Adam Frahill, will take some stopping.

Pike Rovers A fresh from a thrilling FAI win over Aisling, welcome Parkville to the Pike Club.
Parkville have been quietly building their club and results are beginning to show.

They may have to treat Sunday’s game as a learning exercise, however.

Coonagh Utd welcome Shelbourne in a local derby with the Premier side favoured to keep their winning run going.

Janesboro lost 3-2 to Geraldines last weekend and on Sunday they face a sticky opponent in Athlunkard Villa A. Villa’s game last week was halted due to injury so they will be itching for action.

Another Premier side facing a tough 90 minutes are Mungret Regional who take on Summerville Rovers A.

Fairview Rangers and Granville Rangers B teams clash at the Fairgreen while Cappamore welcome a strong Pike Rovers B XI capable of causing a surprise.

Aisling Annacotty D v Pallas Utd and Star Rovers AFC A v Glenview Rovers make up the Munster ties.
There is one game in the FAI Junior Cup when Nenagh take on Hill Celtic. The Premier side have started the season well and should be too strong for a very young Celtic XI.

In the Premier League, Geraldines will look to build on their first win of the season lats weekend, when they make the short trip to Cals Park to take on Prospect Priory.

Two teams with good Munster Junior Cup wins behind them meet when Ballynanty Rvs host Kilmallock. Balla have suffered a couple of League defeats to date but you always feel they will in the thick of battle for honours come season’s end.

Kilmallock had a good win last weekend versus Summerville. Sunday will be a tougher assignment.
In the Premier A League there are two games down for decision. Newport, who have had an indifferent start to the season welcome a Corbally Utd side smarting from an FAI defeat to Southend.

Moyross put up a good display before going down 5-3 to Fairview Rgs last weekend. They welcome Holycross and will be keen to get their promotion charge back on track.

Aisling Annacotty A and Pike Rvs will be favoured in their games with Herbertstown and Cappamore while other games pit Knockainey against Charleville and Shelbourne play Regional Utd.

The Tuohy Cup continues Thursday when Coonagh Utd do battle with Ballynanty Rvs at Jackman Park.
Balla carry the unenviable tag of favourites but Coonagh have a number of former Balla players in their line-up which could give this tie some added interest.