Limerick jockeys in rich vein of form on the track 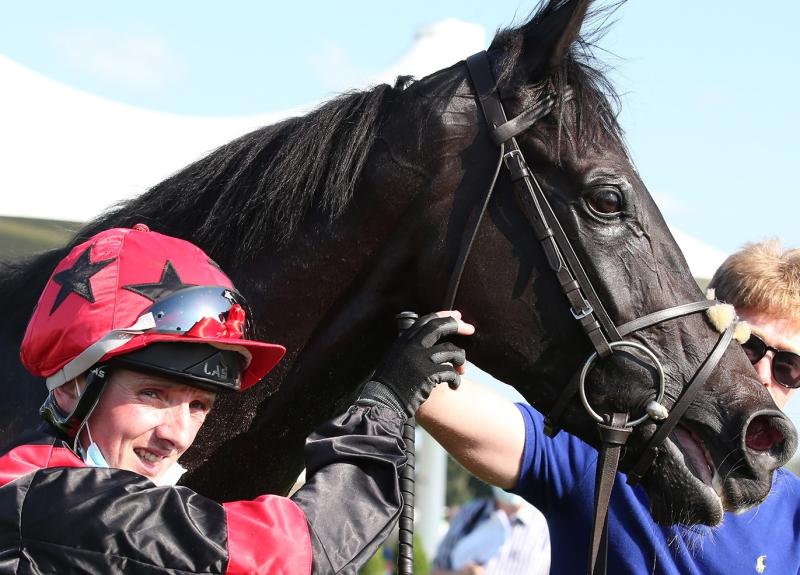 SHANAGOLDEN jockey Chris Hayes picked up a nice spin from in-form trainer Ado McGuinness at Galway on Tuesday and he proceeded to give Casanova a lovely patient ride to bag the Donnellys Of Barna Rated Race, asserting his dominance in the closing 100 yards to win by three and a half lengths.

There was a welcome winner too for former jump jockey Pat O’Donnell and his Dragon Pulse went off 5/1 joint favourite before galloping to a two-and-a-quarter length victory in the seven-furlong Galway Handicap, having been put in a prominent position throughout by Shane Foley.

Chris Hayes has been motoring nicely this season and riding for a lot of different trainers and he got on the board for Bill Farrell at Cork on Wednesday.

It wasn’t an unexpected victory either as She’s In The Game, who is also owned by the Curragh conditioner, justified 10/3 favouritism when keeping on well under a strong drive to bag the Follow Us On Instagram Handicap by a short head.

Hayes matched his tally of winners for last season on 42 in style with a Group 1 victory in conjunction with sprint king Eddie Lynam, as Romantic Proposal showed a clean pair of heels to a high-class field to deliver in the Derrinstown Stud Flying Five Stakes at The Curragh on Sunday.

And there was Group 2 glory at the Irish Champions Weekend fixture for Billy Lee, who teamed up with the Paddy Twomey-trained La Petite Coco to come out on top of a thrilling duel with former Oaks victor and last year’s Prix de l’Arc de Triomphe favourite Love in the Moyglare Jewels Blandford Stakes by a short head.