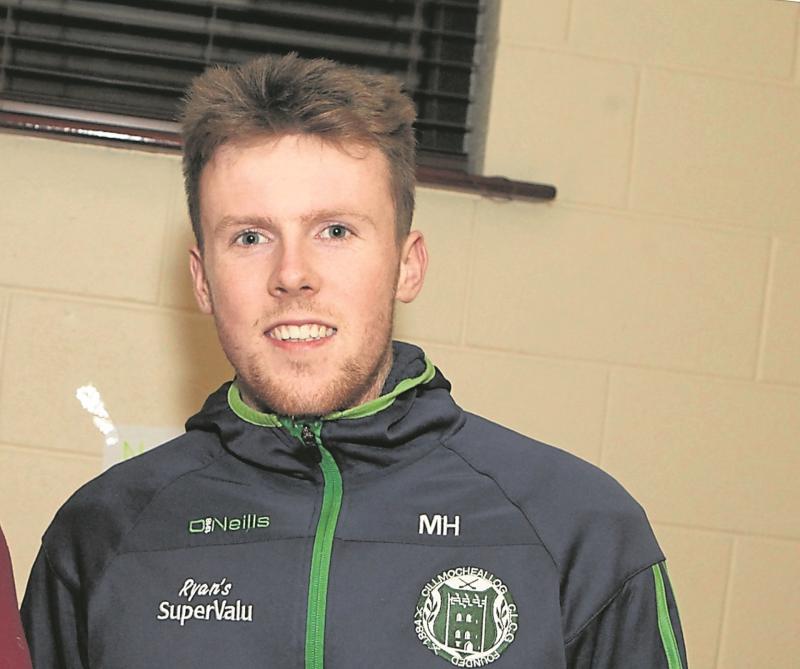 "ABSOLUTELY delighted with the heart we showed," beamed Micheal Houlihan after Kilmallock found an injury time winner to secure a one point Bon Secours Limerick SHC victory over Ballybrown.

Ballybrown hit the front after 10-seconds in the LIT Gaelic Grounds and the stopwatch had passed 57-minutes when Kilmallock levelled for the first time - the lead was seven points early in the second half.

Level twice in the final minutes, Kilmallock fit the front for the first and only time in the third minute of injury time.

The winning point came from Micheal Houlihan - his 16th in total, which included six from play.

"We started slowly but kind of came into it then after 10-15 minutes until half time but then started the second half slowly again. We came back into it strong and the way we finished, I am just absolutely delighted with the heart we showed," outlined Houlihan.

"The heart is the main thing that we will take from tonight," he stressed.

Kilmallock 'won' the final quarter 7-2 to secure the victory.

"It was a fantastic finish and Thank God we got over the line," said Houlihan.

After losing to Na Piarsaigh in round one, this win puts Kilmallock back into contention - however all could change in the group if Ballybrown defeat the Caherdavin men in the final round next weekend.

"Last week (against Na Piarsaigh) we probably played well enough and looking at the stats and our shooting percentages and puckouts we had a lot to work on during the week. We weren’t that fluid tonight but we have three weeks to work on that again," said Houlihan, looking ahead to a potential quarter final.

He added: "We have a lot to work on but we have three weeks to work on that".

"We have good spells but then we are kind of going out of it for 10-15 minutes and that is something that we are going to have to work on - that is not going to win us a county. It was good enough to get us over the line tonight but if we have ambitions of going further that is what we have to work on and we will for the next three weeks."

Still Kilmallock did 'win' the second and fourth quarters.

Kilmallock were without the injured Graeme Mulcahy and Dan Joy for this Ballybrown game.

"Other people have stood up - just look at Ciaran O’Connor at centre back, Liam English flying it this year. In a town like Kilmallock that is what we expect, it’s the next person in," said Houlihan.