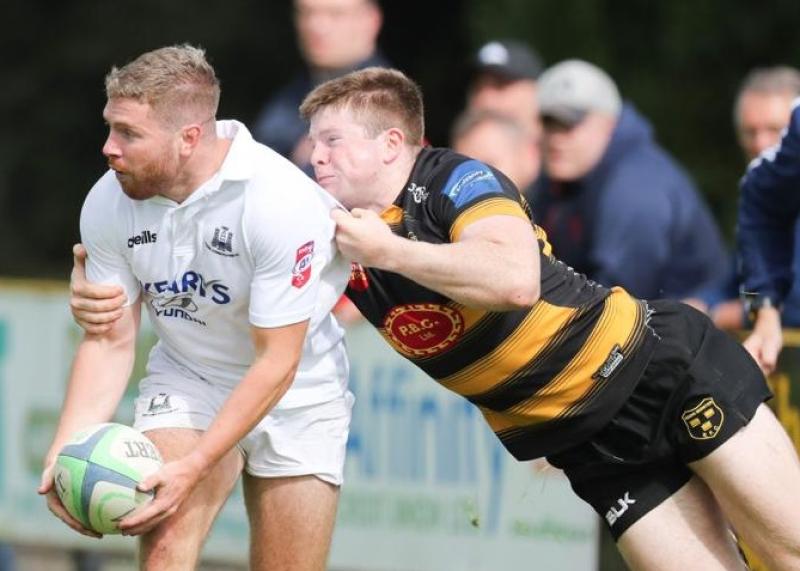 FIVE Limerick clubs have secured their place in the quarter-finals of this season's Munster Senior Cup following Saturday's first round action.

In the tie of the round, holders Young Munster recorded a hard fought 19-12 victory over great rivals Cork Constitution at Tom Clifford Park.

The victory sees Munsters' who only won the delayed 2021 Munster Senior Cup final two weeks ago, set up a second round meeting with UL-Bohemian.

Munsters' also defeated Cork Con at the quarter-final stage of last season's competition on route to lifting the title at Rosbrien two weeks ago.

The Cup holders responded impressively and an Adam Maher try, and a Cusack penalty had them 11-5 to the good at the end of the third quarter.

Conor Hayes added a vital second half try for Munsters' who led 16-12 before and a further penalty for the home side left seven points between the great rivals at full-time.

Barry Galvin dotted down for Con in the second half, while the visitors also added the conversion.

Another Limerick Energia All-Ireland League Division 1A side Garryowen were looking to bounce back from their Charity Cup defeat to Munsters' a week earlier when making the trip to the Mardyke to take on UCC.

And the Dooradoyle side did so in style thumping the students 45-12 on Leeside to set up a quarter-final fixture away to Bruff.

Garryowen led the contest 20-5 to half-time, leading the game 20-0 at one stage.

Garryowen pulled well clear in the second half, adding five more tries to stroll to an emphatic victory.

Jamie Shanahan and Dylan Murphy scored two tries each for the winners and Hugh O’Brien Cunningham, Jack Delaney and Bryan Fitzgerald got one each. Jamie Heuston kicked two penalties and a conversion and Tony Butler also added a conversion.

Meanwhile, in Rosbrien, Old Crescent advanced to the next round of the Cup with a hard-earned 17-14 victory over junior side Kilfeacle and District.

Crescent trailed 3-6 at half-time and were six points in arrears early in the second half, 3-9. The Limerick side's first half points came courtesy of a Ronan McKenna penalty on six minutes.

Crescent turned their fortunes round in the 57th minute when Jake Considine crossed for a precious try, which McKenna converted for 10-9.

However, the complexion of the game changed once more when the Tipp side hit back with a try of their own on the hour mark for 14-10.

With their Cup campaign on the line, Crescent responded in impressive fashion and a 75th minute try from  Dan Hurley, converted by Ronan McKenna, helped the home side secure a gritty 17-14 victory.

Crescent will now host Highfield, who defeated Sundays Well, in the quarter-finals.

At UL North Campus, UL-Bohemian secured their place in the next round with a 24-21 victory over Dolphin.

The Red, Red Robins led their hosts 10-0 at half-time. Harry Byrne kicked the home side in front with a 19th minute penalty and they jumped into a 10-0 lead after being awarded a penalty try.

Dolphin were right back in the contest when scoring a converted try at the start of the second half, 10-7, before UL-Bohs regained their grip on the game with a try from Jamie McNamara, which was also converted made the score 17-7.

The home side then added a further try from debutant Mateo Ibanez, while Dolphin did gain a late consolation score.

In Kilballyowen Park, 2011 Cup winners Bruff defeated Clonmel 25-12 to book their place in the next round of the Cup.

Clonmel led their hosts 12-5 at half-time, with the Bruff try being scored by Sean Hartigan after they had fallen 0-12 in arrears.

An Andrew O'Byrne penalty for Bruff left just four points between the sides at 8-12.

Gritty Bruff then hit the front with a precious try from Tomás Quigley and two further tries from Mark Fitzgerald and Stephen Collins increased their advantage to 25-12.

Bruff host Garryowen in the quarter-finals next weekend.