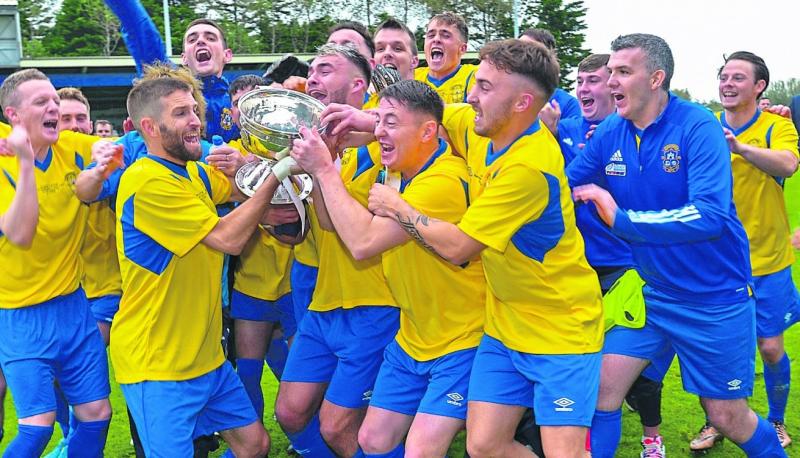 The FAI Junior Cup kicks off this Sunday with a full schedule of first round games on offer.

Holders Fairview Rgs face a sticky assignment in Moyross but the glamour tie is the clash of Pike Rvs and Aisling at the Pike Club.

The two teams go into the tie boasting a 100% record in the League to date, so something must give on Sunday morning.
It’s a shame that one of these two superb sides will exit the competition at so early a stage but such is the luck of the cup draw.

Pike have been playing well as manager Robbie Williams works to find his best XI. Eoin Hanrahan has been in fine form, showing a new hunger for the game.

Nathan O’Callaghan and Brendan O’Dwyer have settled into the blub with ease while the option to spring B player Kevin Barry gives the manager another welcome attacking option.

Aisling have also added a number of players to their roster and they have settled in nicely, particularly Liam Quinn, David O’Mahoney and Eoin Murphy. It will be interesting to see how they cope with a game of the intensity that Sunday’s is sure to be. The attacking threat posed by Aisling is obvious with Shane Clarke and Adam Foley on board, but Pike have an equal ability in that regard with Conor Layng and Colm Walsh O’Loughlin in fine form.

It has all the ingredients to be a memorable game but is also bound to be a nervous affair with so much at stake.
Holder Fairview Rgs are a club well versed in the art of retaining the Trophy and they kick off their campaign with an away game versus Moyross.

Moyross United have been hot and cold to date this season but with a large crowd cheering them on, they will be determined to put on a good show.

That said they meet a Fairview Rangers side in fine form and know they are in for a rough 90 minutes. Shane Duggan has added a new dimension to the side and in full flow they are a frightening proposition.

Moyross will enjoy the occasion but may find the visitors pace too much to handle.

Another Limerick side with realistic hopes of FAI glory are Ballynanty Rvs and they travel to take on Newport in Round One. Ballynanty Rovers have had a couple of slip ups in the League to date and will be on guard against a well capable Tipperary side. Newport have been slow out of the traps but have the players capable of matching Balla for much of the game. With a front line including Keith Mawdsley, Christy Doyle and Brian O’Sullivan, Balla defence will be well worked by the end of the game. The premier side have Aaron Nunan in top form while John Connery, Adrian Power and Eddie Byrnes add enough firepower to suggest an away win.

Geraldines and Janesboro are honest enough to know their hopes of winning the FAI this season are not very high so both will be using this game as a springboard to better League results.

Prospect Priory had a big win over Cals last Sunday and will be expected to continue their winning ways on Sunday when they have home advantage against Glenview Rovers.

Likewise, Mungret Regional who beat Lisnagry in the Munster Junior Cup last weekend. They host Herbertstown on Sunday and are well favoured to advance.

Premier sides Nenagh AFC and Coonagh are favoured in their respective games with Hill Celtic and Abbey Rovers while Kilmallock Utd will find it a tougher task when they welcome Summerville Rvs.

Dromore Celtic will hardly relish the arrival of Regional Utd A to Rathuard. The Premier outfit hit Athlunkard Villa with double digit scores last weekend and the Div 3A side will need a huge rear-guard action to keep them at bay.

The pick of the other ties sees Athlunkard Villa host Murroe and Charleville welcome an in form Regional United B XI.