Cian Lynch: Limerick stars "trying to get one up on eachother" as Patrickswell play Ahane 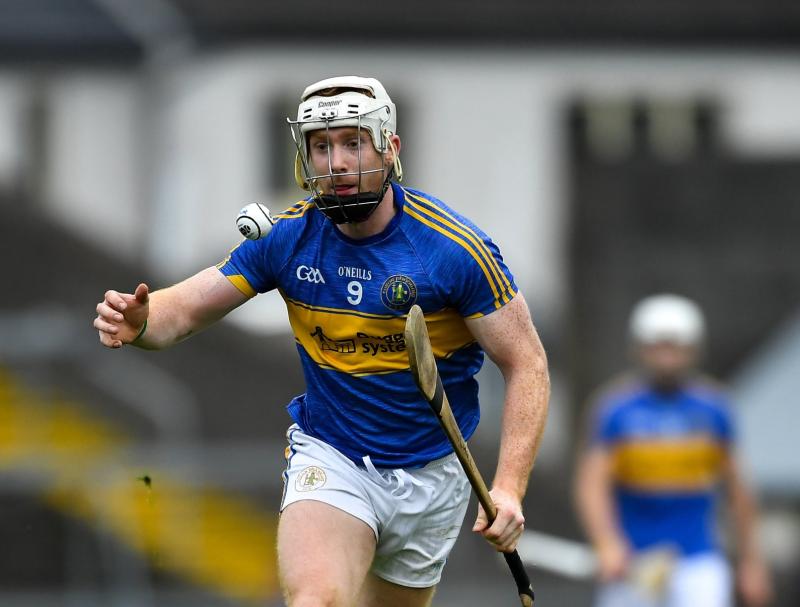 The game has a 4.45 start in the LIT Gaelic Grounds and will be live on TG4 television.

The duo dominate the Limerick SHC roll of honour with Patickswell currently just one ahead of Ahane on 20 titles.

"You don’t really look beyond your current situation and currently all we are focused on is our clubs - we were battling with each other two weeks ago and at the moment we are battling against each other. Everyone is just trying to get one up on eachother with your clubs and that’s what makes hurling and the GAA special - great fields off the pitch and when you go on the pitch, everything changes with your club," said Cian Lynch of rivalry with his inter-county colleagues.

Patrickswell must get at least a draw to prolong their Daly Cup aspirations after losing to Doon in round one, while today is the first outing of the campaign for Ahane.

“We had a defeat there on the Sunday just gone against Doon. You want to keep moving forward and try to strive for the best for your local club and local community. Hopefully, we can push on and move things along again," said Lynch.

“It’s great to get back to your local hurling pitch to meet the local lads and local people. It’s where you begin your hurling, it’s where you start making these dreams in your head as a youngster up in the hurling pitch, talking your way through your little games you might be playing," outlined Lynch.

He was speaking at this week's PwC event where he was announced as the GAA/GPA Hurler of the Month for August.

He looked back at Sunday August 22 when Limerick lifted the Liam MacCarthy Cup in Croke Park.

“I suppose looking at the last 18 months where everyone has gone through lock-downs and come out of lockdowns and playing last year's club championship with no family members or supporters there and to be able to go up to Croke Park this year and have your Limerick supporters and family members there as well as the Cork players' families and Cork supporters, I think that's special."

He explained: "I always allude to perspective and look at these little things that are huge for us as players. To be able to meet your mother and father after the game or brothers and sisters because at the end of the day you wouldn't be where you are and you wouldn't have had the opportunity to be able to play if it wasn't for your family because they keep backing your love of sport. It's special alright to have been back.”

Lynch was Hurler of the Year in 2018 and now on most short-lists to again claim the ultimate individual hour. But how has the Patrickswell man changed across the last few years?

"I came into the panel in 2015 and things mightn't have gone our way in 2016 and 2017. So, I saw where your backs might be against the wall, and now we're after winning an All-Ireland final this year. It's just about appreciation and I always harp on about it. For any youngster growing up, you're going to have disappointments, you're going to have days when things aren't going your way and you mightn't be feeling the greatest or you mightn't be in the form for training or school or homework, but just keep going. Keep looking at those things you're grateful for and thankful for. I suppose that's my personal way of looking at life presently. Just being able to get up in the morning and get up out of bed and attack the day is an absolute gift. I think all of us have to be grateful for that, so that's my approach."