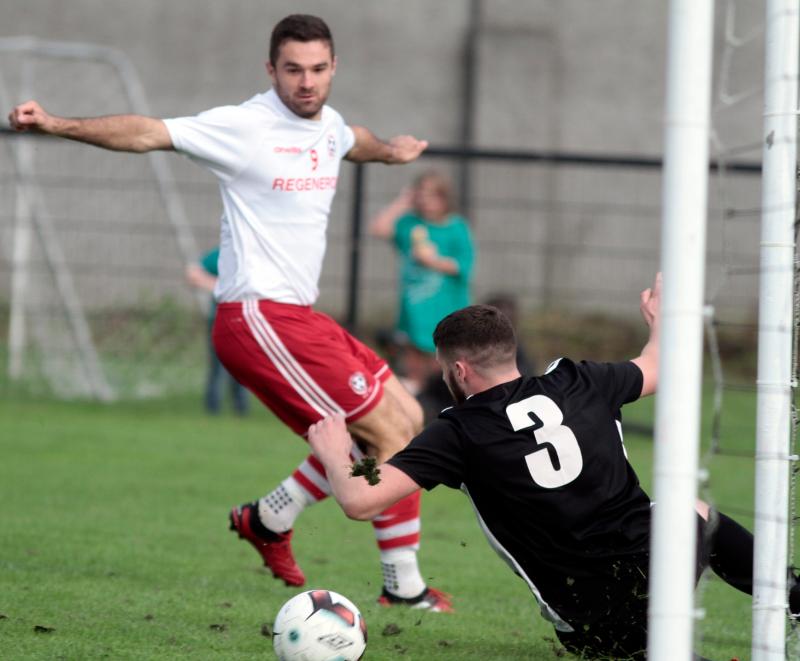 IT'S as you were in the Premier League with leaders Pike Rvs and Aisling posting comfortable wins tonight to maintain their advantage over the chasing pack.

Pike took on a Coonagh side who have been showing well to date, but on this occasion the visitors struggled to deal with a rampant Pike XI.

Steven McGann opened his account for the season with the opener. Danny O’Neill tacked on number two before McGann nabbed a second to make it 3-0.

Colm Walsh O'Loughlin and Conor Layng added further first half goals for the home side with Gordon McKevitt hitting the lone reply. After the break Kevin Barry (Pike) and Sean Hartney (Coonagh) traded goals to complete the scoring.

Aisling Annacotty kept pace with their rivals with a 3-0 win at home to Mungret. Goals from Shane Stack, Liam Quinn and Shane Clarke did the damage.

Ballynanty Rovers were another team to impress in a 5-0 win at Nenagh AFC. Balla scorers on the night were Jake Dillon, Dermot Fitzgerald, Eddie Byrnes, Aaron Nunan and Adam Costello.

Jack Arra put Regional in front at Janesboro and they seemed to be coasting until David Hannon netted just before the break to level. Two second half goals by Kieran O'Connell won it for United. 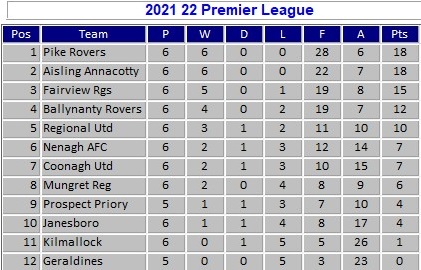