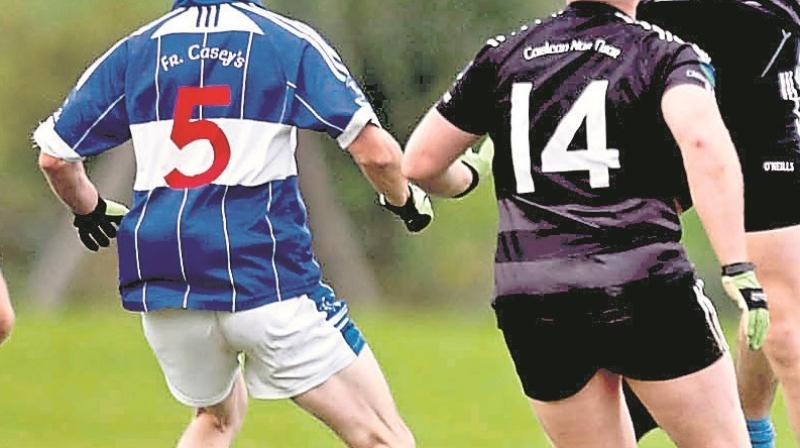 NEWCASTLE WEST maintained their 100% record in the Limerick senior football championship with eight points to spare over Fr Caseys.

Both sides do progress to the knockout stages - Newcastle West to play Claughaun and Fr Caseys to play Monaleen in quarter final ties.

Newcastle West laid a solid foundation for victory with a 2-7 to 0-5 half time lead.

The men in black and white had a lightening fast start and were 1-3 ahead before the Abbeyfeale side opened their account in the 15th minute.

Steven Brosnan had the early goal - a long shot into the goalmouth taken off the crossbar by goalkeeper Shane O'Connell but then back over the goal-line.

The early lead could have been greater but O'Connell made amends for the earlier mistake with a point blank save to deny Mike McMahon a seventh minute goal.

Nonetheless it was 1-3 to 0-1 at the first half water break.

Adrian Enright and Cormac Roche points left it 2-7 to 0-5 at the interval.

In the second half, goal No3 arrived in the third minute - Cian Sheehan the scorer and his side were now 3-7 to 0-7 clear.

Adrian Enright was to finish with four points from play and his scores had it 3-8 to 0-10 at the second half water break.

In the final quarter there were just three points and Diarmaid Kelly became the eighth scorer for the winners.