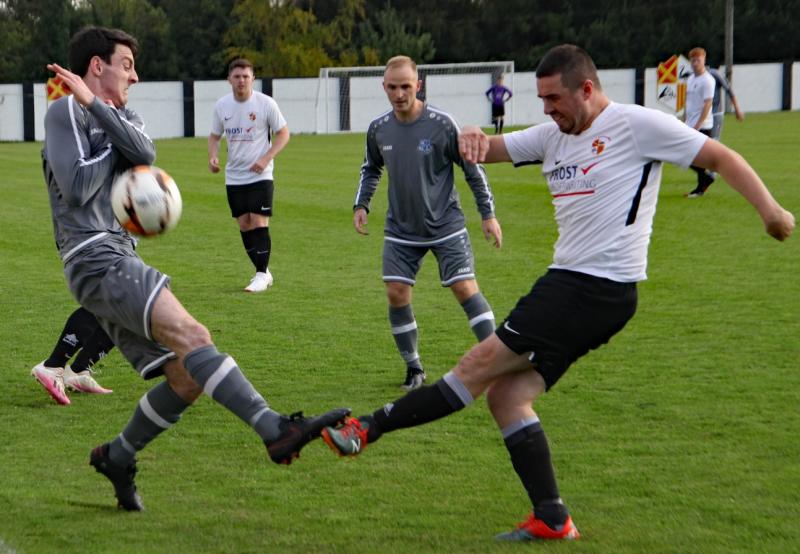 PIKE Rovers made it four straight wins when they eased past Geraldines to retain their spot at the top of the Premier League.

Shane Walsh put the Hoops on their way. Conor Layng added a second before Kyle Duhig made it 3-0. Late goals from Brendan O'Dwyer, Cian O'Donoghue and Shane Walsh compounded the Dines misery.

Aisling Annacotty are level with Pike in top spot after a super comeback win over Ballynanty Rovers in Annacotty.

The visitors went two up through Seamus Moloney and Eddie Byrnes but Adam Foley pulled one back before the break.

Liam Quinn scored to level the tie. With two minutes remaining, another superb ball from Shane Tracy saw Thomas Clarke rise to send a glancing header to the net to win the points.

Regional Utd showed great character to lower the colours of Fairview Rgs in Dooradoyle. The home side were two up courtesy of Kieran O'Connell and Sid Bourke but Fairview fought back to level through Jeffery Judge and AJ Moloney.

United were not to be denied however as Jack Arra struck a late winner to take the spoils.
Mungret Reg conceded a spot kick against Coonagh Utd and were reduced to ten men as Martin Deady tucked away the spot kick.

Ian Considine scored a second to make sure of the points for Coonagh.

Another team to pay for the loss of a player were Nenagh who led 1-0 through Matt Spain. They lost goalkeeper Harry Fleming to a red card and Janesboro took full advantage and full points thanks to scores from Donie Curtin and Tyrique Leamy.

Prospect raced into a two goal lead in Kilmallock with scores from Chris Hogan and Yakuba Yabre.
The home side responded when Paudie Sheedy pulled one back but Prospect Priory made sure of the points with Dylan Kelly's goal. 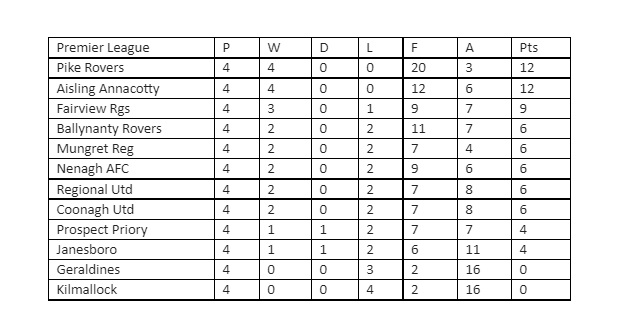