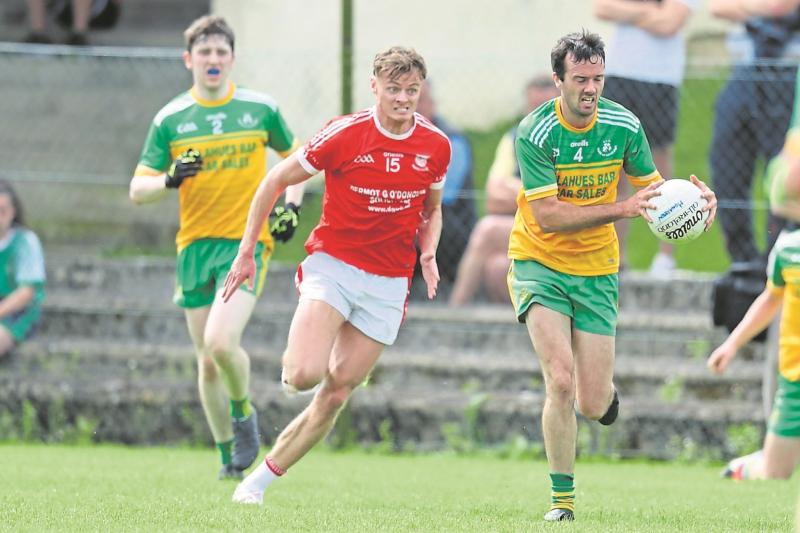 All the Limerick SFC ties have 6.45pm starts.

Ahead of the round three games, six of the eight quarter finals are known but the pairings won't be determined until the final standings in the four groups.

In Clarina this evening Na Piarsaigh and Adare meet. This is the only group where the quarter finalists are outstanding. Na Piarsaigh must win to advance. Should the Caherdavin side emerge victorious it would require a big winning margin to deny Adare progress and to push Oola into relegation trouble. An Adare win means they top the group, Oola join them in the last eight and Na Piarsaigh are into a relegation semi final against St Kierans.

Awaiting in the knockout stages will be Galtee Gaels or Ballysteen, who play in Claughaun.

This is the first county championship meeting of these teams since an intermediate tie back in 2008 which Ballysteen won 1-8 to 2-3 in a season that saw them crowned champions.

There is a big city derby in Caherdavin when Monaleen and Claughaun meet in a Limerick SFC tie for the first time since 2010.

Monaleen were 2-3 to 1-4 winners on that occasion in a season which saw Claughaun relegated. Both are guaranteed a quarter final spot but local bragging rights and a top of the table finish are at stake. Monaleen were recently crowned county league champions and face a Claughaun side in their first season back in the senior ranks.

In Feenagh western rivals Fr Caseys and Newcastle West clash. While they are certainly no strangers to eachother, their last Limerick SFC clash back in 2018 when NCW were 2-8 to 0-9 winners in Athea.