Cian Lynch: "Between those white lines we fight for each other" 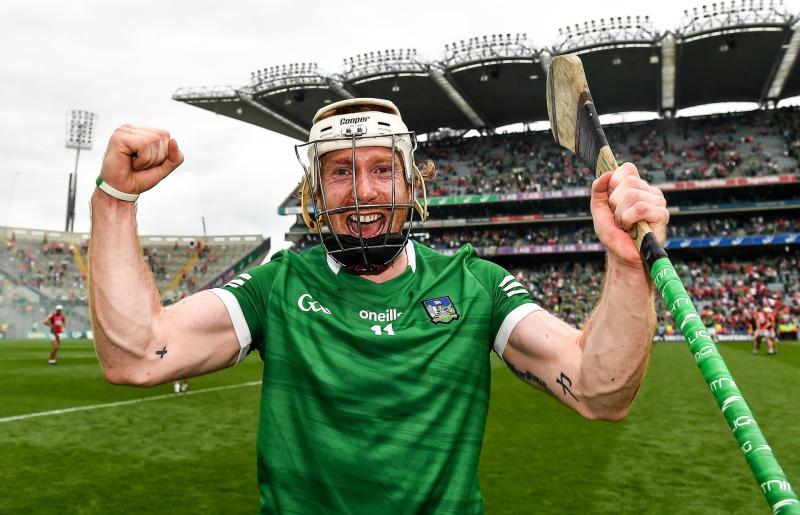 “SADLY we don’t have the cup but we just have to get on with it.”

The words of captain Cian Lynch.

The Patrickswell teenager was speaking at a team function in the Kilmurray Lodge Hotel just hours after Limerick had lost the 2014 All-Ireland minor hurling final to Kilkenny in Croke Park.

“It’s time for Limerick hurling to drive-on and stop sitting back and thinking we got to an All-Ireland final – I don’t want us to just sit back and go back to our clubs and go through the motions,” he said in an emotional speech.

Six of that minor team started last Sunday’s All-Ireland SHC final with the former county minor captain the Lynch-pin.
The following Summer after that minor final, Lynch made his senior debut and has surpassed 30 championship appearances alright.

Lynch is to Limerick hurling what Messi is to soccer.

But Cian Lynch is a family man first and foremost.

He has two families though – one in Patrickswell that he was born into and one within this current Limerick hurling camp.
With a minute of winning a third All-Ireland SHC medal in four years with his on-field family, Lynch raced to the Hogan Stand to embrace his other family led by his mother Valerie.

"We go on about our family at home and our friends at home but when we step inside the field or go into training this is our family,” he explained of the Limerick hurling camp.

”For these supporters that's what it's about,” he said as he accepted the RTE Man of the Match and gestured towards the adorning Limerick supporters around the 40,000 attendance in Croke Park.

He continued: "It goes back to growing up in Limerick, aspiring to represent your club and your county".

"For any young girl or young boy out there aspiring to represent your county in any sport, be a team player and keep driving on and just keep enjoying your hurling or your sport because at the end of the day life is short and this is what it's all about.”.
Lynch had a word for those in Limerick aspiring to follow their hurling heroes.

"Just keep enjoying your hurling, I try and get up in the morning and be grateful I'm able to get up out of bed and attack the day,” said the always grateful centre forward.

"To be able to go out with these lads training, the backroom staff, have my mother and father have my gear ready; that's what it's all about, it's special they're brothers and sisters,” outlined the Limerick star after the final whistle.