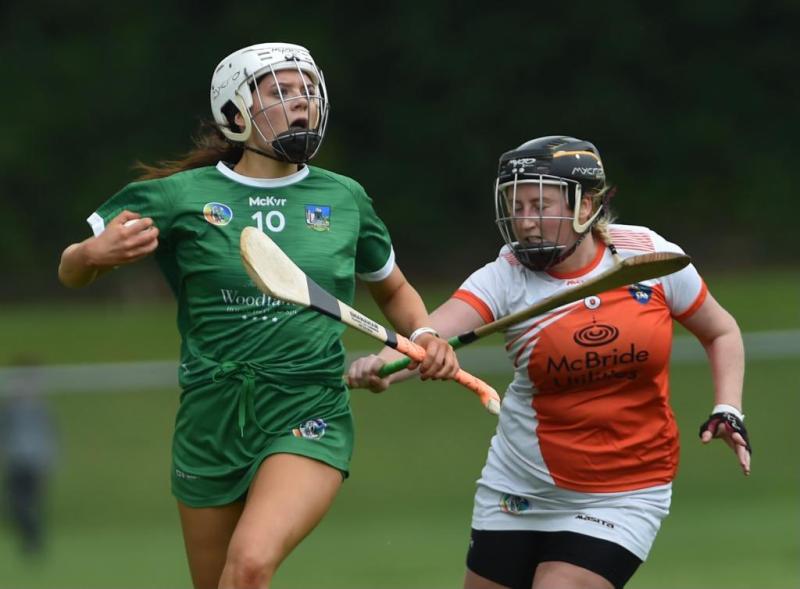 The county minor team were beaten 1-27 to 1-8 by Kilkenny in Fermoy while the Limerick junior side were narrowly defeated 1-16 to 3-8 in the Premier Junior championship.

While the minors were outclassed by Kilkenny, the county junior side suffered injury time heartbreak in their two point loss in Kinnegad.

The quarter final was level with two minutes to play but Armagh sharpshooter Ciara Donnelly ensured the champions remained on track to defend their title with the game’s final two points to bring her into double figures for the outing.

Limerick had beaten Cavan and Down to reach the knockout stages and all had started so well for Limerick with Michelle Curtin and Ide Cunningham goals helping Pat Ryan’s side into a 2-3 to 0-1 lead on 10-minutes.

By half time it was a 2-7 to 1-7 lead with Valerie Shanahan and Shauna Cunningham among the points.

Armagh took over in the third quarter to move 1-13 to 2-7 ahead with Limerick still to score in the second half.
In the final quarter an Ailbhe Larkin free and then a Valerie Shanahan goal levelled the contest.

Alas it was Armagh that had the final points to ensure the victory in Co Westmeath and move into the All-Ireland semi finals with Clare, Wexford and either Cavan or Roscommon, who play on Sunday.

In the minor quarter final, Limerick were well beaten by Kilkenny.

The winner were 23-points clear before Limerick scored 1-1 in the final minutes of the quarter final, which Limerick reached with a win over Clare and defeat to Cork in the group stages.