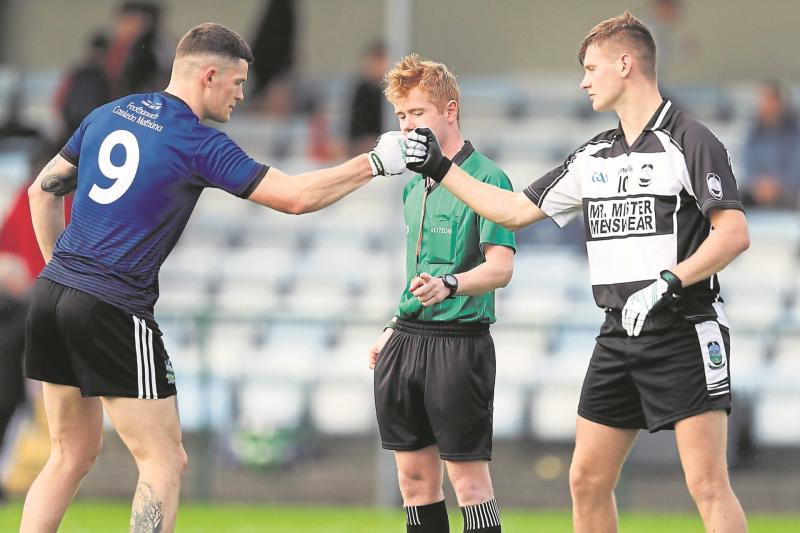 ALL four losing sides from the opening round of the Irish Wire Products Limerick SFC are back in action this Saturday.

Successive defeats will send a team into the relegation play-off.

It’s almost a year since they met in the 2020 relegation play-off semi final with the west Limerick men 0-15 to 0-12 winners.

Last weekend, St Kierans lost to Ballysteen by one point and they were minus a number of key players – among them Darragh Treacy and Liam Kennedy.

Claughaun hosts the clash of Na Piarsaigh and Oola who will both have the biggest presence in the Limerick panel in Croke Park 24-hours later.

They last met in 2019 when the east Limerick side were winners on their way to a county final appearance. Oola lost that final to Newcastle West and last weekend they lost to current champions Adare in round one.

It’s back to Bruff for 2020 county finalists Ballylanders, who lost to Claughaun in round one. It’s another city side Monaleen this Saturday.

Last weekend, Bally were without Shane Fox and Ciaran Kelly and played second fiddle for long periods until seven of the final eight scores almost saw them get something from the tie.

These sides met in the quarter final last year with Ballylanders 1-8 to 0-9 winners for a side managed by former Tipperary footballer Niall Fitzgerald, who is a former Monaleen footballer.

The south Limerick side were semi finalists last year but lost to Newcastle West last weekend. Meanwhile the Abbeyfeale side were beaten quarter finalists 12-months ago. These sides have plenty history at minor and U21 level but no recent senior clashes.

Round three of the Limerick SFC will continue on the weekend of August 27-29 before attention turns to club hurling the following weekend.