It's the big kick-off for Limerick District League soccer season 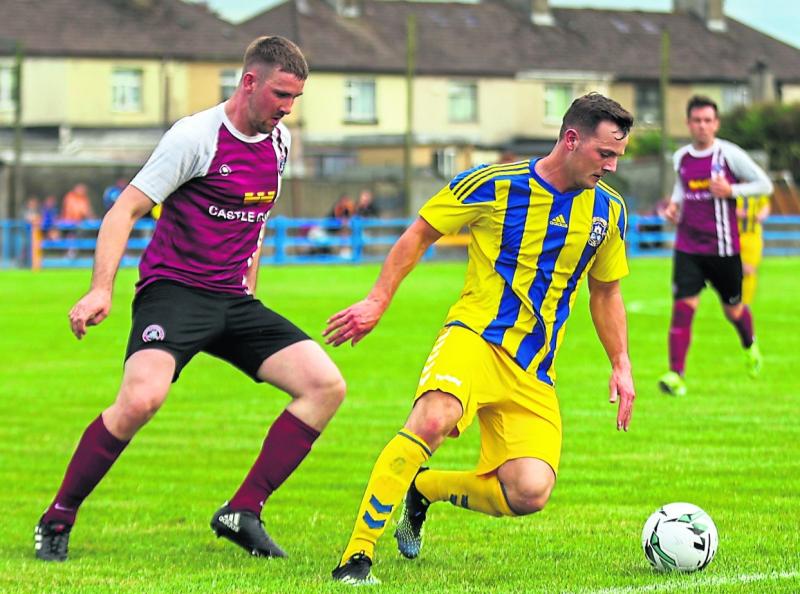 Having watched the last two seasons decimated by the Covid-19 pandemic, the soccer public are craving the excitement that end of season brings about.

While we did have Munster Junior and FAI finals in 2019/20, all other competitions fell by the wayside.

The road to glory for 2021/22 begins this week with most attention as usual focused on the Premier League.

By default, Janesboro are current holders of the title and they have a difficult start to proceedings when they host Pike Rvs.

‘Boro have had a change of management in close season. Jason O’Connor, who began a rebuilding program at the club, has opted to move on.

Daithi O’Donoghue, who tasted huge success with the club, both as a player and part of the management set up, has taken up the challenge to continue to rebuild.

The new manager has attracted several players from an impressive Kilfrush side and if he can integrate them, they will be a huge boost.

There are plenty of changes in Crossagalla as Pike Rovers look to fill several gaps. Conor Kavanagh has moved to sunnier climes, while Kieran Hanlon moved on to Treaty Utd. The addition of Aisling duo, Aaron Murphy and Brendan O’Dwyer, will help in that regard. Ger Barry also joins from Ballynanty Rvs.

Fairview Rangers have seen action in the FAI Senior Cup, and they acquitted themselves very well before losing in extra time to Finn Harps. They begin their campaign with a trip to Prospect Priory. Conor Coughlan and Kennedy N’Dip made the switch from Aisling while Mike O’Gorman, if he can regain his fitness, will prove a class signing.

Ballynanty Rvs led the way when things were halted back in October. They will be hoping that the form they showed then, will be evident again on resumption of play.

They must do it without Alex Purcell, Ger Barry and Rian O'Connell, who have moved on, but the return to the fold of Dermot Fitzgerald, Darragh Hughes is a huge positive.

Geraldines will be relying on the same squad as last season with the exception of Evan Moloney and Dean McNamara who have stepped down a division to join Carew Park.

Most of the player movement over the break revolved around Aisling Annacotty.

Blake Curran, David O'Mahoney and Eoin Murphy are newcomers to fold and while the names might not mean much to the casual observer, Shane O’Hanlon’s ability to spot talent ensures they will be good additions to the side.

Former Fairview player James Cussen is back in town as is former Aisling favourite Brian O'Donovan. Former Murroe player Liam Quinn could prove the pick of the new crop. He is a hugely talented player with a keen eye for goal.

The availability of Adam Foley (returned from Treaty) and Aled Harkin also strengthens the side.

It’s not all positive out Annacotty way however, as they have lost the services of Aaron Murphy, Conor Coughlan and Brendan O'Dwyer to name a few.

On Thursday they host Regional Utd, who have been going about their business without fuss. They lost Edward McCarthy and Joel Coustrain to Treaty Utd and Shane Dillon returns to Charleville. They have added a new defender in Evan O’Connor (Not the Aisling player).

Coonagh were very impressive last season and they have a similar squad . They host  Nenagh who lost Mike O'Gorman and Alan Sheehan but picked up new signings Kieran Barr and Paul Costello.

Kilmallock and Mungret Regional meet in Kilmallock and it pits two sides who will concentrate on much the same panels as last season in the hope of an improved showing.

Janesboro B V Hyde Rgs B, A Galvin