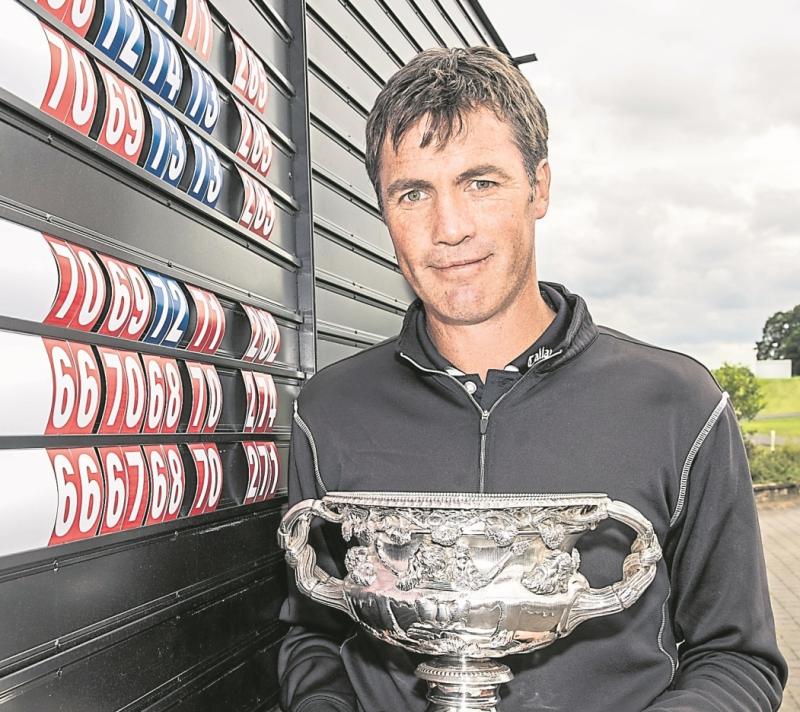 The 54-hole tournament is back on the schedule following last year’s coronavirus enforced postponement and runs from this Thursday until Saturday.

Forty four-year-old Rice, who opened with a bogey free round of 66, finished three shots ahead of Colm Moriarty (Drive Golf Performance), with 2016 champion, Damien McGrane, finishing in third on six under par.

This week's Irish PGA Championship event will be preceded on Wednesday, August 4 by a Pro-Am sponsored by Vermillion.

Defending champion. Simon Thornton (Tulfarris Golf Resort), and many of Ireland’s leading PGA professionals will battle for a slice of the €40,000 prize fund put up by Erris Tourism Holdings Ltd, the course owners.

As well as Rice, the other former champions teeing it up this week on the Carne links are include Damian Mooney (Damian Mooney Golf) and David Higgins (Waterville Links), alongside serial winners on the PGA circuit, Colm Moriarty (Glasson Lakehouse), Richard Kilpatrick (Banbridge GC) and Liam Grehan (The K Club).

“The Irish PGA Championship, a constant on the Irish sports calender for over a century, has been disrupted on just two previous occasions – for the first world war, and last year with the pandemic,” said Conor Dillon, PGA in Ireland Regional Manager.

“So this year’s staging at Carne has added significance for everyone. We’re looking forward to staging a safe and secure tournament at one of Ireland’s leading links venues. Our thanks to everyone at Carne for opening the doors to us and the sponsors for supporting the event.”

The event will mark the official opening of the Wild Atlantic Dunes course at Carne Golf Links.

The original 18-hole course that overlooks the Atlantic Ocean on Ireland’s west coast in County Mayo was the last to be designed by the celebrated architect Eddie Hackett and was completed in 1995.

An additional nine holes known as the Kilmore, which was opened in 2013, plus the back nine of the Hackett course form the Wild Atlantic Dunes – the stage for a tournament that was first contested in 1907.

Chairman of Carne Golf Links, Gerry Maguire: “On behalf of the Board of Turasoireacht Iorrais Teo (Carne Golf Links) we are delighted to be hosting the Irish PGA Championship 2021 on our magnificent new Wild Atlantic Dunes course at Carne.

“I would like to welcome all the visiting Pros, their families and friends, to Carne, for what I know will be a great test of golf in dramatic and spectacular surroundings, amongst the highest dunescape in the world, and I wish them all the very best of luck in the tournament.

“It is a great honour for Carne and the Erris region to be able to host this prestigious tournament, one of the first in a Gaeltacht region, and we are looking forward to the staging of a hugely successful event to be enjoyed by all. It is only made possible by the support of our sponsors, Columbia Sportswear, and Vermilion Energy LTD, who deserve huge accolades for their involvement, particularly after such a challenging eighteen months due to the pandemic.

“We look forward to working with the Irish PGA and continuing our long standing relationship to ensure a very successful Championship for all.”

Tim Boyle, Chairman/President/CEO of Columbia Sportswear added; “The twining of Gearhart Golf Links, one of the oldest golf courses in the United States, and Carne, one of the most renowned golf courses in Ireland, has introduced avid golfers from both countries to the special camaraderie that golf provides. Columbia Sportswear is proud to sponsor the Irish PGA Championship contested at Carne as well as the United States Hickory Open played at Gearhart Golf Links.”