Treaty United go second after away win at Athlone 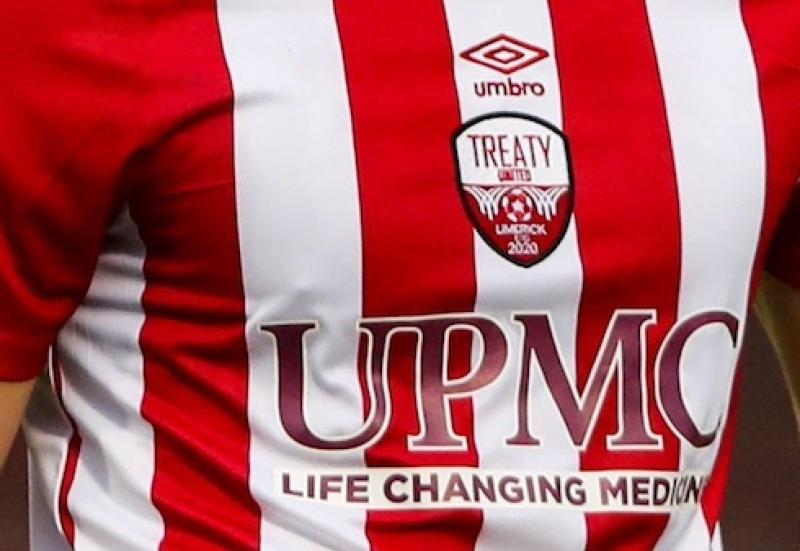 TREATY UNITED RECORDED their biggest win of the season, continuing a fairytale campaign by thrashing Athlone Town on Friday night by four goals to one.

Strikes from Ed McCarthy, Jack Lynch, Sean McSweeney and Marc Ludden contributed to the rout – a scoreline that really didn’t exaggerate the cutting edge with which Tommy Barrett’s men played with.

Treaty made two changes from their extra-time defeat to Dundalk – or rather, they were forced into them.

Anto O’Donnell’s harsh red card came back to bite Treaty in this one, as their most influential player this season sat it out. Charlie Fleming and Callum McNamara came in to replace O’Donnell and Coustrain; the latter picking up a knock on 40 minutes last Sunday.

At the beginning of play, Athlone represented the nearest threat to Treaty United outside the playoff spots – the eight-point gap was almost big enough to suggest Tommy Barrett and co not landing a spot in them at season’s end would be a failure from this point.

And if that was the case before kickoff, it couldn’t be denied by half-time as the Limerick side led.

Red Hanlon produced a moment of magic on the turn to spot Ed McCarthy making a very shrewd run in between Aidan Friel and Dylan Hand.

He was in acres of space and while his touch let him down initially, he regrouped and slotted calmly into the far corner past Micheal Schlingermann.

With the tie still hanging in the balance midway through the second half, Jack Lynch called game by sending a curling effort into roof of the net with the sweetest hit he’ll manage in his career.