Limerick weekly horseracing round up 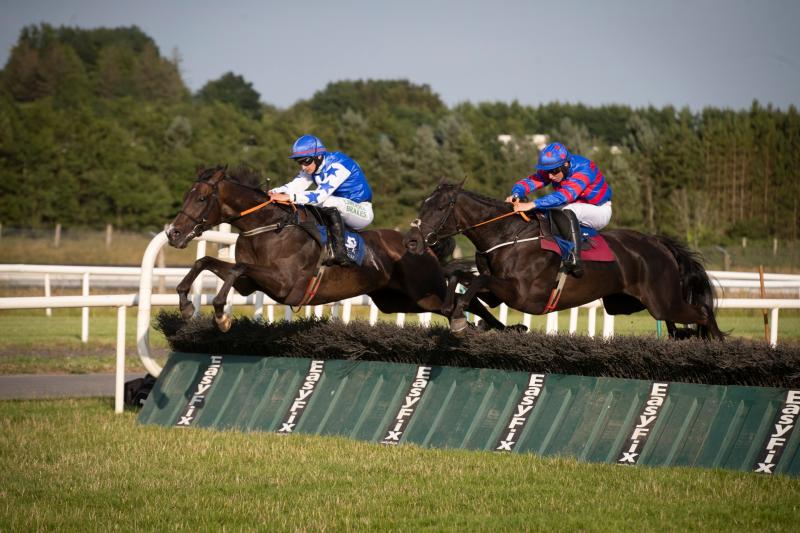 Limerick racecourse has been good to Oola conditional jockey Cathal Landers. He rode his biggest winner when taking the Tim Duggan Memorial Handicap Chase on the James Grace-trained De Benno at the Christmas festival in 2017, completed his first double on the same day and on Thursday recorded a career-first treble at the Patrickswell track.

He rode his winners for three different trainers beginning with Andy Slattery who supplied 18/5 chance Whogotyanow to win the rated novice hurdle. Landers made all the running on the Dr Ronan Tynan-owned five-year-old to beat the Joe Hennessy-trained Lady Lingo and was back in the winners’ enclosure 30 minutes later after taking the two and a half-mile handicap hurdle on the Ross O'Sullivan-trained Royal Recital. Landers gave the Anthony Fenlon-owned 5/1 chance a brilliantly patient ride and came late with his challenge to beat the James Dullea-trained Master Cornwall by a length and a quarter.

It was just as easy on the Cathal Byrnes-trained 9/4 favourite Gendarme which completed the treble with a convincing two and a half-length win in the second division of the two-mile handicap hurdle. Owned by the Golden Circle Group Syndicate, the six-year-old readily got the better of the front-running Cornerkova. Askeaton amateur rider Aine O'Connor was also among the Thursday winners as she landed the three-mile handicap hurdle on 9/2 favourite Forgetthesurprise. Aine owns the Niall Madden-trained the seven-year-old and made much of the running on him to win by a cosy two and a half-lengths from the Tom Gibney-trained Happie Days.

Earlier in the week, Chris Hayes and Noel Meade were among the winners at Ballinrobe on Monday where Ben Siegel landed the first of the nine-furlong handicaps. Owned by Eoin Banville and Peter Parkhill, the 100/30 chance got up in the last stride under Chris Hayes to win by a head from Matthew Smith’s Razdan and long-time leader Kojin.

Wesley Joyce rode his fifth winner when partnering the Mick Mulvany-trained Take My Hand to win the second division of the apprentice handicap at Naas on Wednesday. In was tight but the 14/1 chance came out on top in a three-way photo-finish, beating John McConnell’s Beleaguerment by a head with the Gillian Scott-trained Colonel Slade three-parts of a length away in third place.

Billy Lee and Paddy Twomey shared another winner as Glengarra took the seven-furlong maiden at Down Royal on Friday, but it was tight. The 3/1 chance made all the running and held on by a nose from the Joseph O'Brien-trained Ultramarine at the line.