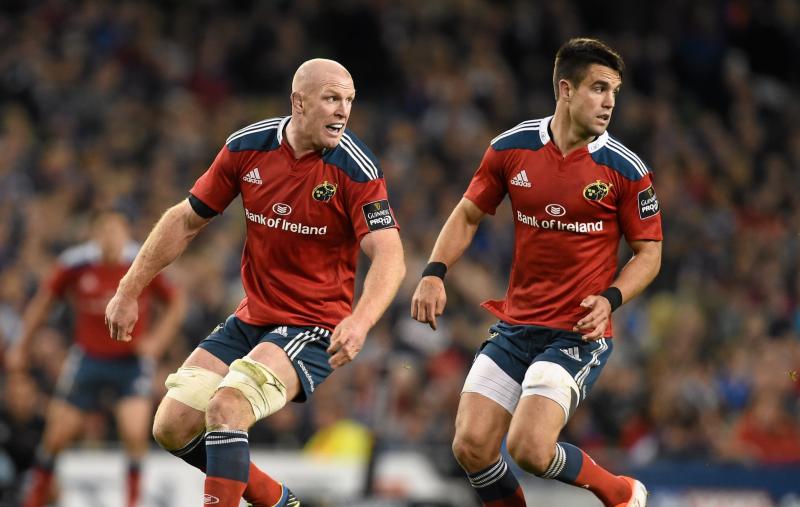 Love rugby or not, the British and Irish Lions are a big deal. The coming together of four countries, over a short period of time, facing off against the best in the World, carries some kind of mythical attraction.

As a young journalist, I was in London in 2009 for the unveiling of Paul O'Connell as tour captain to South Africa. There was some fanfare in London that day. The squad was announced live on TV and O'Connell was revealed to the world in the airport hotel conference room.

We later sat next to each other at the airport gate, chatting about the squad and what was to come. Less pomp for sure. The 2009 Lions captain was clapped on to the plane, much to his embarrassment. As we left the airport terminal, an airport employee commented to me "Typcial Young Munsters, they get everything"

Grounding. The key to being a humble leader. Humility another. Two things that Limerick people are never stuck for. When you are up, there are many there to remind you of where you came from.

When you are down, you are picked back up. You also have the tribal support and backing of the entire county, should someone from outside dare to criticize one of our own.

This week, Paul and I were sitting down for a chat once more. This time, as informal as ever, with O'Connell now an Ireland coach and chairman of the soon to be open International rugby experience.

As the chat meandered from which books to read, which podcasts to listen to and how match days in Limerick are a special experience, I asked if he had given much thought to the fact that Limerick, with its 90,000 population, had produced not one, but two Lions Tour Captains. Both, leading the four nations, to South Africa.

"I never though of it like that to be honest" admits O'Connell.

"Credit to Munster really I suppose. You know times are tough at the moment. We haven't won anything in a long time, but it's a credit to Munster in general. Rugby, as a sport, does it well, in that the game, with so much decision-making within the game the players have to take so much ownership. The leadership development, the encouragement of players to have an opinion, to understand the game so that they can have an opinion, to be able to speak in front of their peers, to be able to diagnose the problem themselves on the pitch during the game and maybe making a change. All that stuff is seen as high priority here and is seen as important as catch/pass or your rucking or your mauling when you're in the academy from quite a young age.

"You know you're always been asked to present on something or speak about something or you go as a group and have to take training on your own with no coaches etc.  That has always been done at Munster from a young age and I know for me when I first came into Munster I was encouraged to be myself first and foremost."

Declan Kidney, O'Connell explains, made sure people were comfortable in their environment.

"You know I remember when I was 21 years of age and I was told to just be myself. They encourage players and people to do that now, but that was him (Kidney) doing that a long time ago"

The other thing that O'Connell thinks builds the character needed to lead players is the ability to form and proclaim your opinions.

"We were always given the safety to have an opinion which is pretty cool. So maybe we have become good at producing m leaders, which for me is a great thing"

On Murray being captain and having a leadership role, O'Connell concluded that it says is all when you look at what Murray did when he came on last weekend

"I am sure he was gutted not to start, but that is modern rugby. The guy that finishes the game is just as important. I felt very reassured when I saw he coming off the bench. Especially when the Lions got back into the game and when they got ahead. That is the kind of experience and calmness you want. You don't want a guy in there, in that situation, too eager and desperate to prove himself. You need a guy who knows what he is about, knows what he stands for that certainly is Conor and it was great to see him coming on at that time in the game"